Blog » Who Are The Best Dota 2 Heros?

Whether you’re new to the game, or a familiar player, it can sometimes be difficult to keep up to date with the latest meta heroes in Dota and who may be the best. This guide has been created to break down some of the Best Dota 2 heroes that you can use for each role in 2022. Hopefully, it helps you on your way.

Before hitting you with lists of different heroes who are available to play with in Dota 2, it’s vital you first have a strong understanding of the different roles existing in the game. There are five roles available to play in Dota 2, and if you’ve played the likes of League of Legends, Smite, or Heroes of the Storm, you will see some strong similarities. These roles are:

Time for a brief introduction to each role. 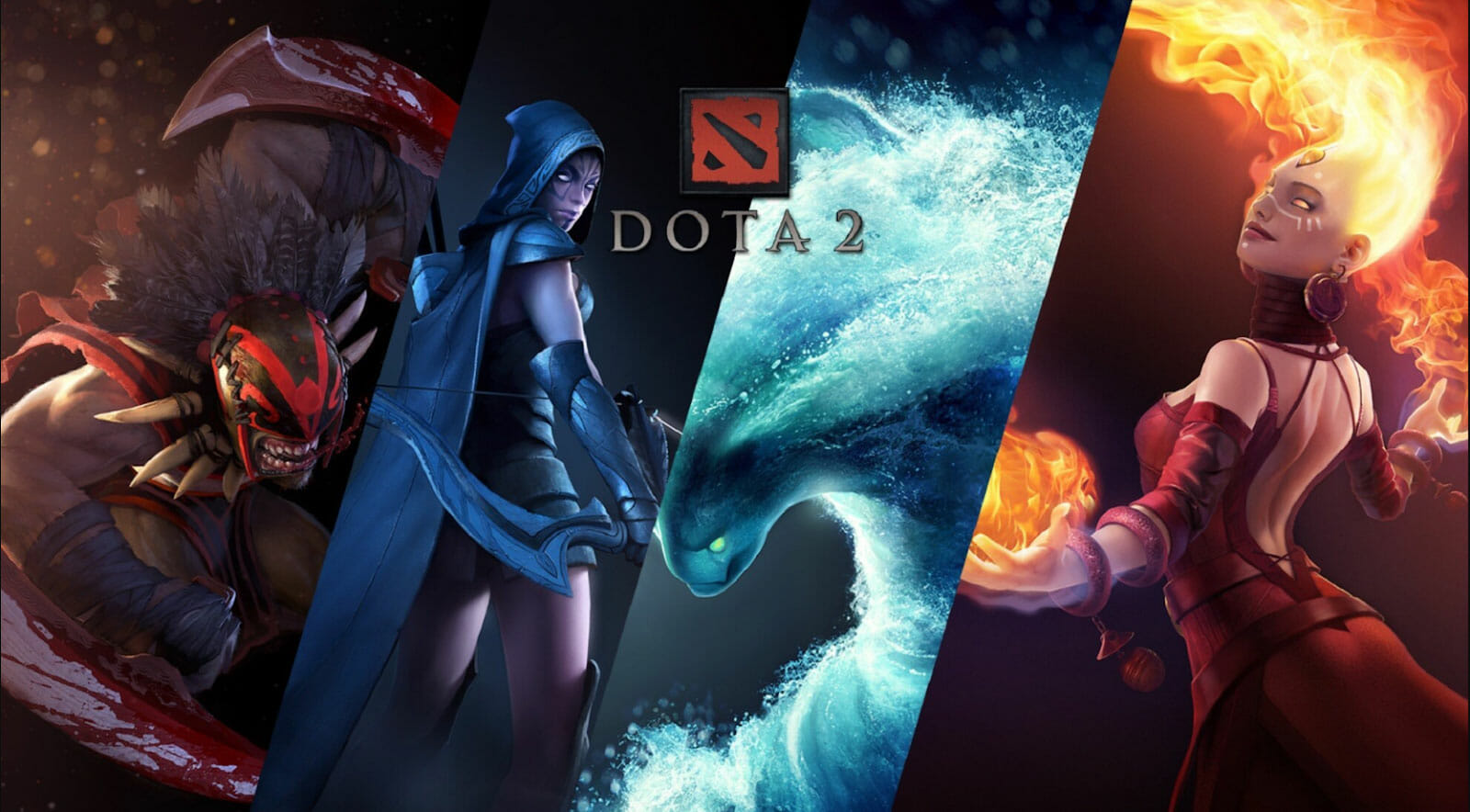 You will find the hard support player in Dota 2 will typically be supporting the safe lane player during the early stages of the game, referred to as the “laning stages”. This is done to ensure that the teams carry, who will be crucial in team fights, can safely secure last hits to build up their coin balance faster, to then become more powerful.

It’s fair to say playing Hard Support in Dota isn’t a superstar position and often works to receive the glory and high praise when the team wins, but they are invaluable to a team’s success. Hard Support is one of the recommended roles to learn when you’re new to the game, and there isn’t as heavy an emphasis on your mechanical ability to win solo fights and to carry in team fights.

Like the Hard Support pairing up with the Safe Lane player, the Soft Support pairs with the offlaner, who work together to try and ruin the opponent’s laning phase as much as possible down the offlane. We can use sibling comparisons here. Your hard support is like your supportive sibling, helping you to progress and get better, whilst the soft support is that oldest sibling who taunts, bullies and wants to cause some chaos over the map.

Typically the Soft Support will be roaming around the map, focusing on midlane but either straight up fighting or ganking (flanking) the enemy mid laner.

We have already established the offlane will commonly pair up with the soft support, but what exactly does the offlane do, let’s find out. This is one of the more tricky roles to play in Dota 2, as you have to have good mental, and deal with the head games that will be going back and forth and will the enemy offlane. As the offlane player on the team, you will be aiming to secure last hits and denies, as these build up your CS (Creep Score). After the laning phase passes, in this role, you will find yourself focusing on objectives around the mpa and actively shutting downplays being made by the other team.

It takes a comfortable, confident, and skilled player to make a great mid laner. You’re left to your own devices, so everything happening down the mid lane is on you, and if you lose, it can very quickly lead to a massive crack forming in your team’s defense, build and map control.

There’s a skill in being careful when it comes to being a midlaner, of course, you’re always on edge looking for ganks and the other team attempting to kill you, but you will also be doing the same to them. One major positive of playing Midlane is that you aren’t sharing experience or CS with anyone, so everything you earn is yours and can be used to directly upgrade your hero and their respective abilities.

Finally, we have the star of the show. However, as explained in the Hard Support section, the safe lane player is merely a weak sibling at the beginning of the game. In your journey to becoming one of the most powerful heroes on the battlefield, you require some assistance to level up and ensure you can get everything you need.

By the time endgame hits, if you’ve been successful, you will be a lean, mean killing machine that is reeking havoc on your enemies. It’s important not to get carried away and chase kills, as team composition and fighting are always much more advantageous.

It’s worth reminding again the meta in Dota 2 is always changing, and it’s possible the following heroes will receive nerfs (making them worse) or buffs (making them better) in the future.

Before looking at the more role-specific heroes, we want to highlight the most versatile heroes right now in the game. In Dota 2, heroes are given abilities that make them a preferable option for specific roles, but there are three noteworthy heroes whose abilities don’t limit them to just one position. 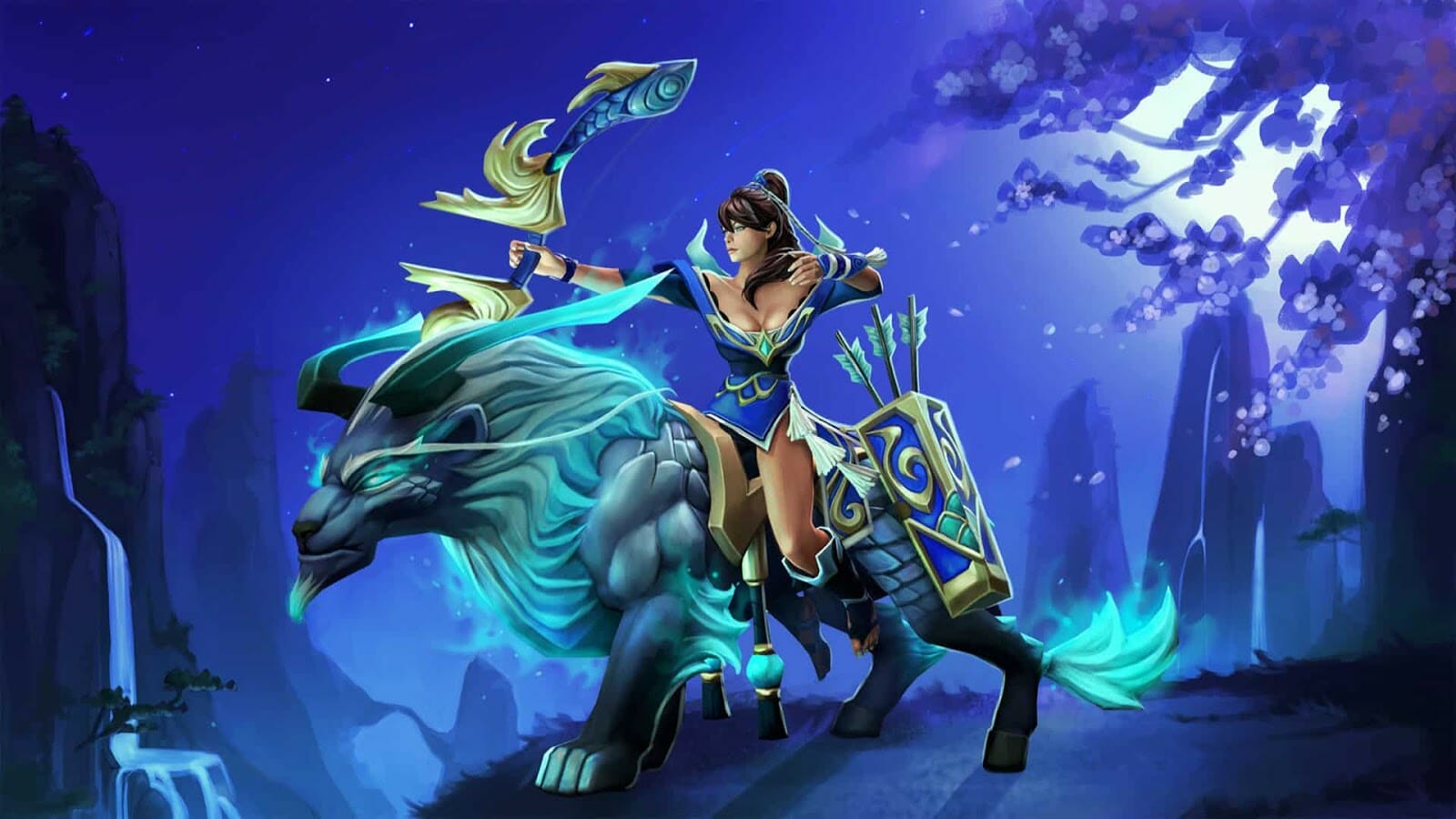 Mirana is the Princess of the Moon and a ranged agility hero. She uses her abilities to surprise, chase, and assault enemies, sounds fun, right? Mirana is known for the ability to use her Sacred Arrow, which stuns victims with deadly precisions. The further the arrow is shot from, the longer the stun lasts. This can be used to aid the excellent huntresses with securing more kills.

Mirana can be played across any of the positions we have mentioned, which is a true testament to the versatility on offer. Her ultimate, Moonlight Shadow, is up there with the most overpowered ultimate abilities you will find in Dota 2. It’s overpowered as it provides her and her teammates invisibility and helps high-level stealth play, which can result in effective ambushes. 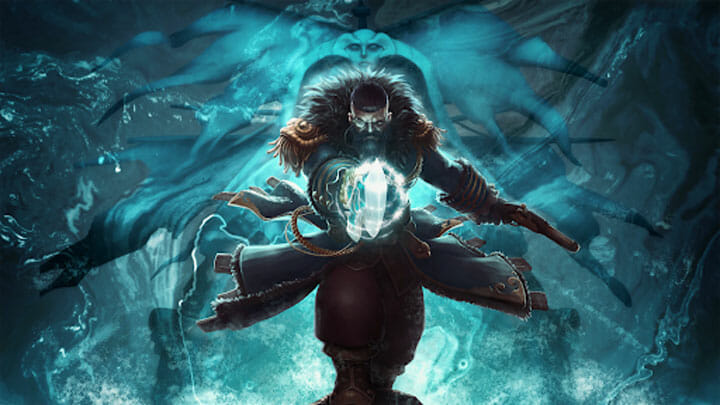 Whilst not as versatile as Mirana, Kunnka is a Dota 2 hero that can be played as a mid, support or even a carry. Kunkka is also known as the admiral and is deemed as a versatile melee strength hero, with a vast arsenal of powerful area-of-effect (AoE) spells and abilities. Kunkka has two active spells, which are nukes, with long delay times. These long delay times are because the use of the nukes can completely disrupt the enemies positions.

It’s worth noting that despite being versatile, Kunkka has a rather weak early game. It can be deemed as somewhat high risk, high reward. As once you get rolling, you can snowball in a positive way throughout the game to become an overpowered hero with many useful abilities on his sleeve. 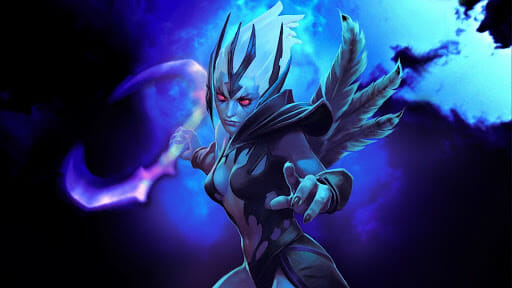 Shendelzare is commonly known as the Vengeful Spirit and is a ranged ability hero with excellent abilities to gank, disable and hunt kills. She is one of the best and most well-rounded support heroes in Dota, with a vast skill set, making her incredible for team fights and incrementally improving her team throughout the game.

Again, Vengeful Spirit is not an early game hero and will take a little bit to hit her prime in a game, but it’s more than worth it when that time comes. As she can be used as a support or a carry, the enemy team could have trouble determining what you’ll do with her if you pick her. Her ultimate ability is definitely borderlining overpowered, as it allows her to swap positions with an ally or enemy, and this can be fantastic when it comes to initiating fights, regardless if they’re solo or team fights.

We’ll finish things off by giving you a list of the best Dota 2 heroes, using the popular tier list format. Hopefully, you have identified a new hero that you would like to use the next time you hop onto Dota 2.