Beyond the Summit (BTS) recently announced the latest information about its Dota 2 tournament, tagged the BTS Pro Series Season 8 Americas. The announcement shows there is much to expect as some of the strongest DOTA 2 teams in North and South America will feature in the tournament.

As fans and participating teams know, Beyond The Summit holds its Pro Series tournaments every few months. With the tournament, teams can maintain sharpness, gain valuable experience, and win cash prizes while waiting for any upcoming Valve competition, which in this case is The International 10.

What Is the BTS Pro Series Season 8: Americas Schedule?

The tournament takes place in three stages, namely the Open Qualifiers, Group Stage, and Playoffs. Here is what to expect from each stage.

One hundred twenty-eight teams in the Americas region participated in the Open Qualifiers, which took place from September 4 to September 5. The Open Qualifier was based on a single-elimination best-of-one format. However, the semifinals and final were based on a best-of-three format. The two teams that finished top of the qualifiers made it to the Group Stage.

It will run from September 7 to September 19. Two teams from the Open Qualifier will slug it out with eight invited teams in the Group Stage. The format for the group stage is a single round-robin. The top four teams from the group stage will advance to the upper bracket of the playoffs while the lower-ranked teams advance to the lower bracket. Two teams will be eliminated.

The top eight teams from the Group Stage will advance to the Playoffs, which will start from September 22 and run until September 26, when the grand final is scheduled to take place. All matches in the Playoffs will be based on a best-of-three in a double-elimination format. However, the final will be a best-of-five series. 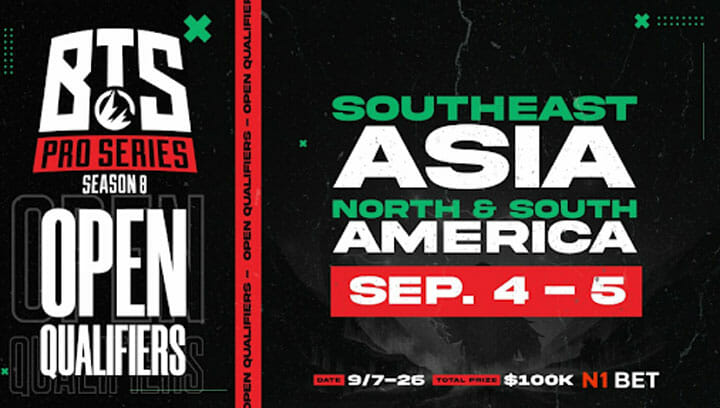 Who are the Participating Teams in BTS Pro Series Season 8: Americas?

The eight invited teams for the tournament are:

The teams that qualified from the Open Qualifiers are:

Three games have already been played in the Group Stage. The results of the games are as follows:

The next round of matches in the group stage are as follows: 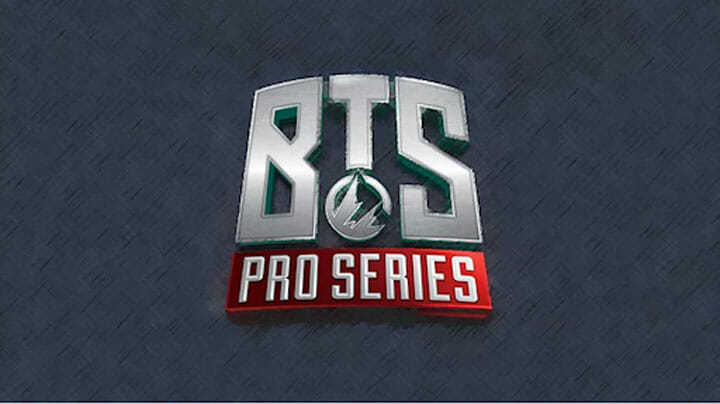 What Is the Prize Money for the BTS Pro Series Season 8: Americas?

Teams participating in the tournament will share in the $40,000 prize pool, with the winning team walking home with the lion’s share. The money will be shared as follows:

Where Can I Watch the BTS Pro Series Season 8: Americas?

You can watch the tournament’s official coverage on the BTS Twitch channel. The excitement is reaching fever pitch as the tournament gets underway. You do not want to miss out on this one.