The world of Dota 2 is waiting for the biggest event of the year, The International 10, to start. This time is Romania’s turn to open its doors to the millions of fans all around the world who are looking forward to enjoy the best Dota can offer. With the highest prize pool in esports history (more than 40 millions USD), TI10 will start on October 7. While waiting for it, Dota action doesn’t stop as the teams’ hunger, especially of those not competing in The International, seems to be insatiable.

In fact, a very interesting tournament is happening right now, albeit just online, and regards the Tier 2 scene of the CIS region. The latter, for those who don’t know, comprises Russian, Ukrainian, Bielorussian, and other ex-USSR nationalities. We are talking about the Dota 2 Champions League 2022 Season 3, a league organized by Epic Esports Events and the Russian Esports Federation. The tournament, being a league, will last several weeks, in fact, a precise month, beginning on August 14 and crowning the champion on September 15.

Who Organizes the Event

There are two main organizers behind the D2 Champions League 2022 Season 3. The first one is Epic Esports Events, a Russian tournament organizer based in Moscow and founded a few years ago in 2013. They are mostly known for their tournament series EPICENTER, Tier 1 events in the professional world of Dota 2, and some of the most followed of all times. Apart from Epicenter, the organizer also host a variety of smaller, regional tournaments in the CIS community. 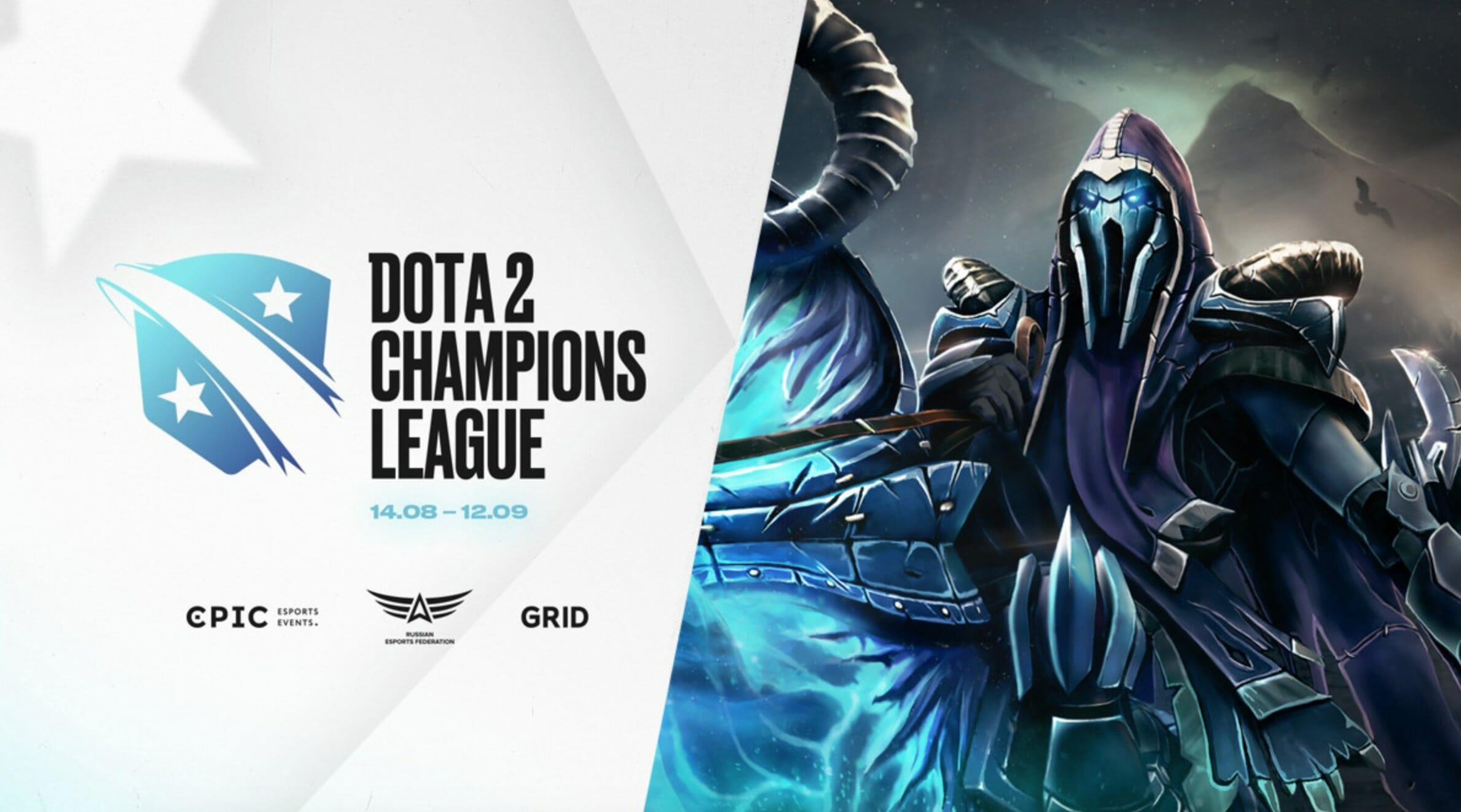 The Participants: Teams and Notable Players

In total, ten teams are fighting against each other to win the title of Champion in this League. Nine were invited, whereas the last one began its journey on August 12 in an Open Qualifier. 16 teams in total competed in that qualifier in order to win the only spot left available to take place in the Dota 2 Champions League S3. Among these teams, some of the most promising Tier 2/Tier 3 were Creepwave and Brame, featuring pos 1 player Crystallis, old Greek star SsaSpartan and more. Unfortunately, neither of these two teams won the Qualifier. In fact, quite surprisingly, it was a recently formed team, qwerty44, to qualify.

The invited teams are PuckChamp, Team Unique, Nemiga Gaming, Team Empire, Spider Pigzs, Fantastic Five, HellRaisers, and V-Gaming. Last but not least, B8, who took the place of Winstrike before the tournament started. B8 is the newly founded organization by renowned Dota 2 legend and TI-winner Dendi. He is by far the more experienced player not only on his team but in the whole tournament as well, as most of the other competitors are new potential stars looking to establish themselves in the CIS pro scene.

At the time of writing, only one day of games is left to decide the Group Stage’s standings. After September 8, teams will be allocated in the first or second Divisions of the Playoffs according to their results in the Group Stage. The last two teams will be eliminated from the competition. As of September 7, standings are as follow: 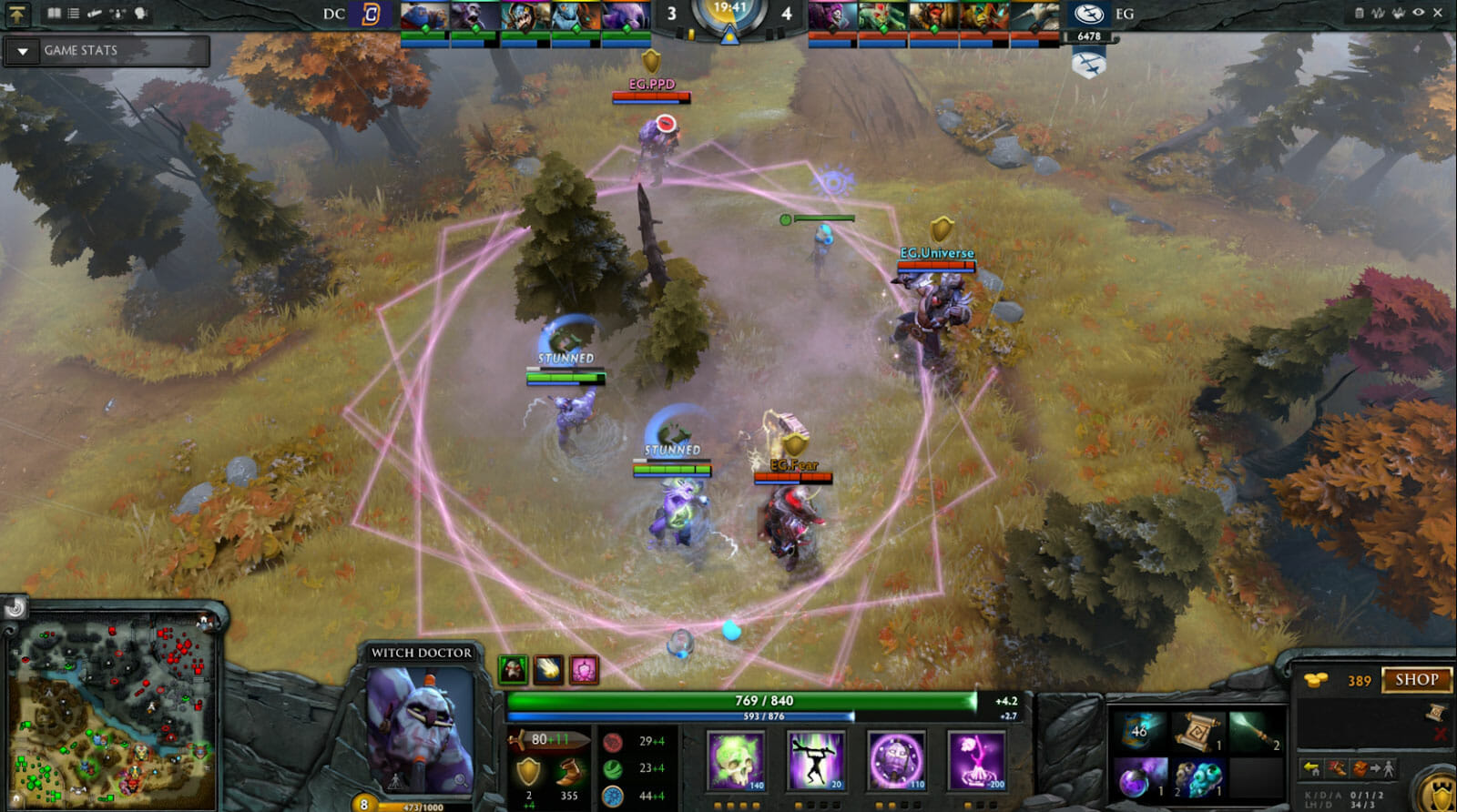 Finally, a few words about the prize pool. We currently don’t know much because the organizers still have to communicate how it will be shared among the top four teams, but we know there are $50,000 dollars on the line. The tournament is not an official DPC event, therefore no DPC points will be distributed.

The CIS region is, and always has been, one of the strongest and most competitive ones in pro Dota 2. The Tier 2 teams battling in the S3 of this Champions League are proving it, as games are often even and provide a great deal of entertainment to the fans watching from home. With the Group Stage almost over, it is now time to dive deeper into the competition by following the Playoffs, which will start shortly. Follow the stream on Twitch and see who will win the Championship!