Every day, millions of players worldwide enter the battle as one of over a hundred Dota Heroes in a 5v5 team clash. Dota is the deepest multiplayer action RTS (Real-Time Strategy) game, sometimes also classified as a MOBA (Multiplayer Online Battleground Arena), and was initially released for everyone to play for free in 2013.

If you are looking for all the info on Dota 2 tournaments 2022, you have to know a bit of background first. The game’s history goes way back and actually starts with the Warcraft III: Reign of Chaos days and the mod Defense of the Ancients (DOTA), from which League of Legends, Dota 2, and other similar MOBAs originated.

The game is considered to be one of the greatest of all time and is surely the most lucrative esports title. This is thanks to the way The International, the biggest Dota tournament happening every year in summer, is organized. The prize pool is largely defined by a crowdfunding event, the Battle Pass: fans buy the pass, receive great perks, items, cosmetics in exchange, and a percentage of what they paid goes to the tournament’s prize pool. This year’s International, TI10, has a prize pool of more than $40,000,000 USD.

The game is still entirely free to play, with now a total of 121 heroes, and Valve, Dota 2’s developer, is working hard in improving the game, its quality of life, and the new player experience. This also includes making the tournament system known as the Dota Pro Circuit (DPC) better and more engaging for millions of fans worldwide. It recently changed, at the beginning of 2022, and has some exciting news. 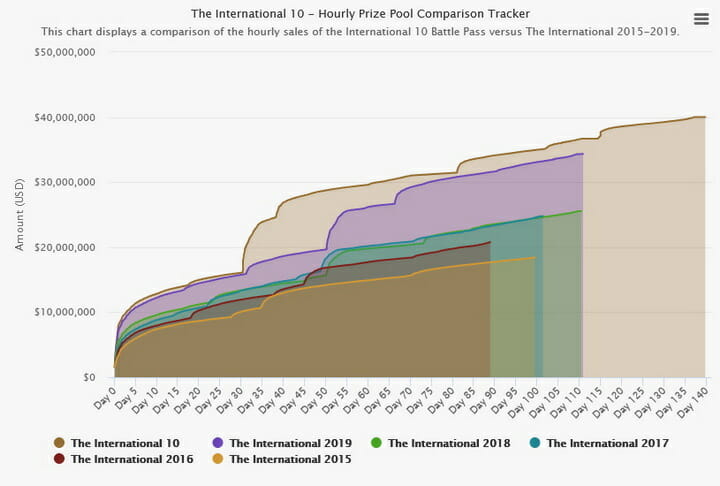 The Dota Pro Circuit: How It Works and 2022 Results

The DPC is a system of tournaments organized in regional leagues and Majors. Each of these tournaments grants money, of course, but, most importantly, DPC points. These points add up and, at the end of the last Major, the teams with the most points get invited directly to The International. The Dota Pro Circuit 2022 started on January 18 and will end with TI10. The season is divided into two regional leagues, each ending with a Major. Let’s see more in detail what these types of tournaments are.

The Dota professional universe is divided into six regions: Europe, CIS (Commonwealth of Independent States), South East Asia, China, North America, and South America. Each of them features a Regional League, divided into an upper and lower division made of eight teams each. Each League lasts six weeks, and throughout this time, every team from the same division will play against each other. We will not get too much into the details, which you can easily find on pages like Liquipedia, but it should suffice to know that the teams performing better in each region get the possibility of playing in the Majors, which concludes the two Regional Leagues. We will talk more about the Majors in the next paragraph.

Regional Leagues are already over for this season, and The International 10 is coming soon. Let’s see how teams did in 2022 so far! For the purpose of keeping our article relatively short, we are going to focus mainly on the Upper Division of each region. The first season of leagues started on January 18 and ended on February 28. Then the ONE Esports Singapore Major 2022 followed, and from April 12 until May 23, we had the second season of leagues.

In season 2, Alliance, which had shown signs of dominance in the past, came out on top of the region, beating teams like Nigma and Secret. The latter were surprisingly unable to get to the Playoffs or Group Stage of the Major.

Team Aster, however, confirmed its first place in the second season, immediately followed by PSG.LGD, while IG only got 4th place.

In fact, during the second season of the SEA league, T1 was able to conquer the first place. TNC Predator got second, whereas Fnatic fell to fourth place after losing a tiebreaker against Execration.

Very little changed in the second season. VP continued with the dominance by, again, never losing a series, and Gambit maintained third place. Na’Vi, however, went through very difficult times and got 6th place with a score of 3-4.

As with Eastern Europe, also NA stayed pretty much the same at the end of the second season. This time around, Quincy Crew got first, winning almost all series 2-0, then EG and third place again confirmed for Undying, who unfortunately couldn’t make it to the second Major of the season.

During the second Regional League, fans were surprised by the rising of NoPing esports, which made it all the way to first place, only losing once against beastcoast. The latter ended up in second place. SG esports fell into sixth place.

At the end of each of the two seasons of Regional Leagues, the Dota community was happy to welcome a Major. Majors group all the best teams who performed better in each league, giving the top 4 teams a share of the $500,000 USD prize pool and 2,700 DPC points, useful to get invited to one of the biggest esports events, The International. These Majors crowned the best teams, and thus the best regions, and allowed for a transnational experience to happen in order to celebrate the strengths of each region and permit for competition among all six of them, giving rise to a diversity of strategies, draft approaches, item choices, etc.

The first Major of the new DPC season was the ONE Esports Singapore Major, which took place from March 27 until April 4. It featured 16 teams and was played on the Dota version 7.28c. The second one, the WePlay AniMajor, was played from June 2 till June 13, featured 2 teams more compared to the previous one, and was played on the following version, the 7.29d. We now want to present to you the top 4 teams at each Major, as well as offering you some observations.

For the first Major:

For the second Major: 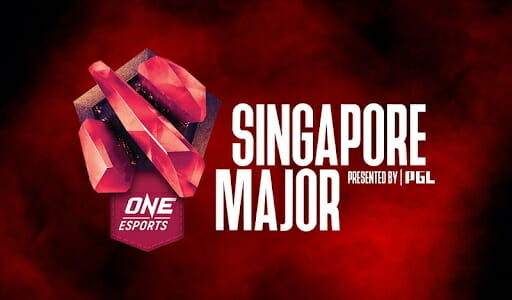 As you can see, there are a few observations we can make from this data only. First of all, Europe and CIS, unexpectedly, did quite poorly at the Major stage. Team Secret did not manage to get to the AniMajor playoffs, Alliance and Virtus Pro did not pass the first round at such playoffs, and Team Nigma, despite doing slightly better, did not perform as they were supposed to. OG, TI8, and TI9 winners failed to even qualify to the Major itself.

The performance of South America, not stellar, was unfortunately predicted, as the region has been struggling with ping issues since forever and has difficulties in reaching the highest levels of competitive Dota. However, they did surprise the fans and showed signs of improvement. Thunder Predator, for example, got quite far in the ONE Esports Major, beating teams like Aster and Virtus Pro.

North America, South East Asia, and especially China did, instead, quite well. Evil Geniuses best represented NA in both Majors, with Quincy Crew putting off a decent fight. The third-place curse of EG is now replaced by the second-place one, as the team is failing to win a major event for a very long time in spite of coming very close every time. For SEA, T1 was the main representative. The team showed resilience and high coordination and managed to get third place in the AniMajor.

Finally, we can safely say that China proved to be the strongest and most competitive region of all. The region won both Majors through the work of Invictus Gaming and PSG.LGD, both, but especially the latter, proving to be clearly ahead of the competition. The AniMajor ended with a clean 3-0 in favor of the Chinese giants.

The Dota Pro Circuit is the main way through which big tournaments happen, yes, but there are also many other tournaments not sponsored by Valve, which provide no DPC points but a prize pool and the opportunity to teams, at professional and semi-professional levels, to compete against each other. There are truly too many Dota tournaments that happened, are happening, or will happen for us to compile them all in a single article, here are the main ones. 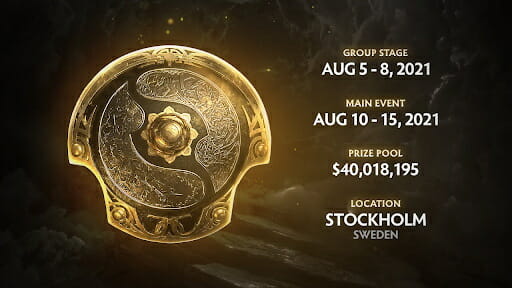 Conclusion and What’s Next

Despite all these great tournaments, now the focus will all be on The International 10, for which the whole world of esports is getting ready. With 40 million dollars on the line and the prestige and fame of a lifetime, TI qualifiers will take the spotlight, with the first ones beginning already on June 23 (South America and SEA). Will teams like T1 surprise us all once again? Will EG break their curse? Or will it be the Chinese who will assert dominance?

Once the winner of the Aegis of Champions will be crowned in August in front of millions of fans and spectators, Valve will communicate their intentions for the new 2022/2022 DPC Season, and tournament organizers will announce new dates for their independent events. Exciting times lie ahead, and now more than ever is the perfect time to get a cold drink, some popcorn, and enjoy the action Dota has to offer.