Tournaments » The International 10 – Everything You Should Know

Due to the COVID-19 pandemic, 2020 was the first year DOTA 2’s most prestigious event, The International, failed to take place since its inception in 2011. However, that is no longer the case as The International 10 is finally set to take place. Participating teams are geared up and fully prepared to compete against each other for DOTA 2’s biggest prize pool and grandest tournament. There is so much to look forward to and be excited about. Ensure you are not left out of the fun by finding out all you need to know about the tournament. This article contains the latest update about the event, participating teams, scheduled dates, and much more.

When Will The International 10 Begin?

The International 10 was initially slated for August 5-August 15, with the Group Stage holding from August 5 to August 8, while the Main Stage would have held from August 10 to August 15. However, those plans were changed on June 21, when Valve announced that Sweden was unwilling to accept esports into its sports federation. Due to Sweden’s reluctance, Valve needed the country’s Ministry of Interior to classify The International 10 as an elite sporting event. However, their request fell on deaf ears, with the Swedish government failing to accord the tournament such a status. Furthermore, the government’s reluctance meant that players and officials needing travel visas to get into Sweden for The International 10 would be denied.

Valve sought a means to resolve the debacle. This meant they had to look for possible alternatives in the form of another European country that would accept to host The International 10. Finally, and after much deliberations, Valve found another European nation to host its prestigious tournament.

Where Will The International 10 Hold?

Since 2019, the Swedish capital, Stockholm, has been scheduled to host The International. Even after the tournament was postponed last year, the city was still expected to host it in 2022. However, that arrangement was thrown into jeopardy following the Swedish government’s refusal to grant Valve’s request. Due to these issues, Valve sought an alternative, resulting in The International 10 being slated to take place in Bucharest, Romania. The Arena Nationala in Bucharest will play host to the teams from around the world who will compete against each other for the grand prize.

How Can I Get Tickets for The International 10?

Valve delayed the announcement of The International 10 ticket sales for many months, which was not due to its fault as it had to sort out many logistic problems. However, on September 3, it announced that tickets for the tournament would go on sale from September 22. This means that fans had only two weeks to get their tickets ready before the tournament’s commencement.

With the tickets, you can watch the main event at the National Arena in Bucharest, which starts on October 12 and runs through October 17. The tickets come in three bundles. These are:

The tickets for the midweek matches cost about $60, while that for the final cost about $240. Besides the tickets, Valve put up preventive measures amid the COVID-19 pandemic. All persons attending The International 10 must adhere to these measures. They must be vaccinated and also wear their face masks. There will be more protocols at the venue, so you must ensure you abide by these rules and regulations if you want to buy a ticket and attend the tournament.

However, latest reports have revealed the DOTA 2 International 10 will no longer have a live audience. The news emerged a week after Valve opened ticket sales. The cancellation of a live audience came after an increase in the number of COVID-19 cases in the host country, Romania.

The development, if unchanged, will be bad news for fans who have already purchased tickets and traveled down to Romania for the event. Valve has committed to refunding the already-bought tickets. Still, those who are already made their way down to the European nation will have to find other things to do since they won’t be allowed into the tournament as part of the audience. The cancelation of a live audience does nothing to hamper the event, which will still hold on its scheduled date.

What’s the Final Prize Pool at The International 10? 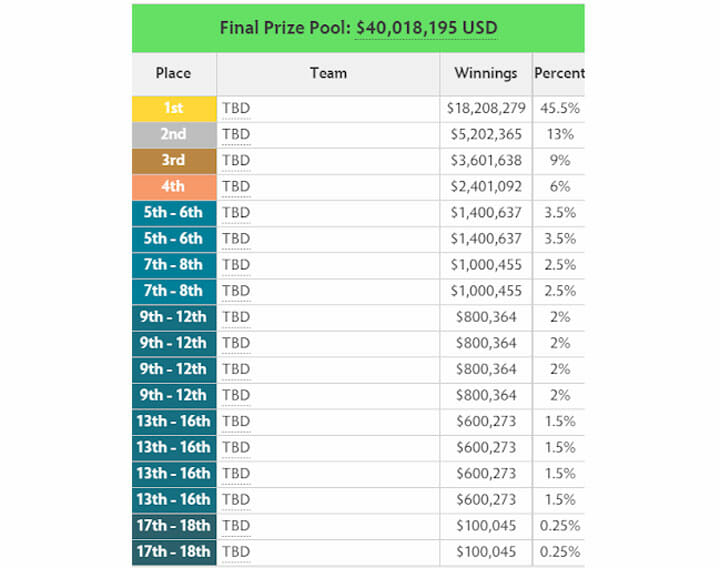 Who Has Qualified for The International 10?

Twelve teams qualified for The International 10 after accumulating Dota Pro Circuit (DPC) points during the regular season. Joining these 12 qualified teams are six winners from the DPC regional qualifiers. Hence, 18 teams will participate in the event when it kicks off.

The teams that qualified for The International 10 via DPC points accumulation are:

The six teams that qualified for The International 10 after winning the regional qualifiers are: 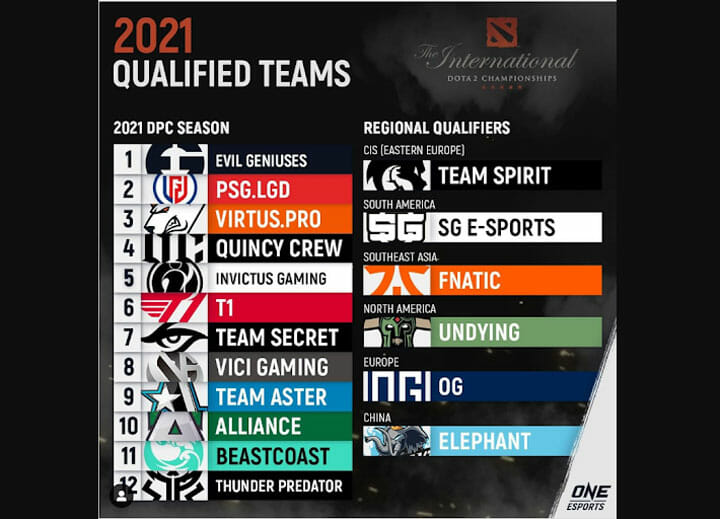 Based on DPC regions representation, here are the teams from the six DPC regions: 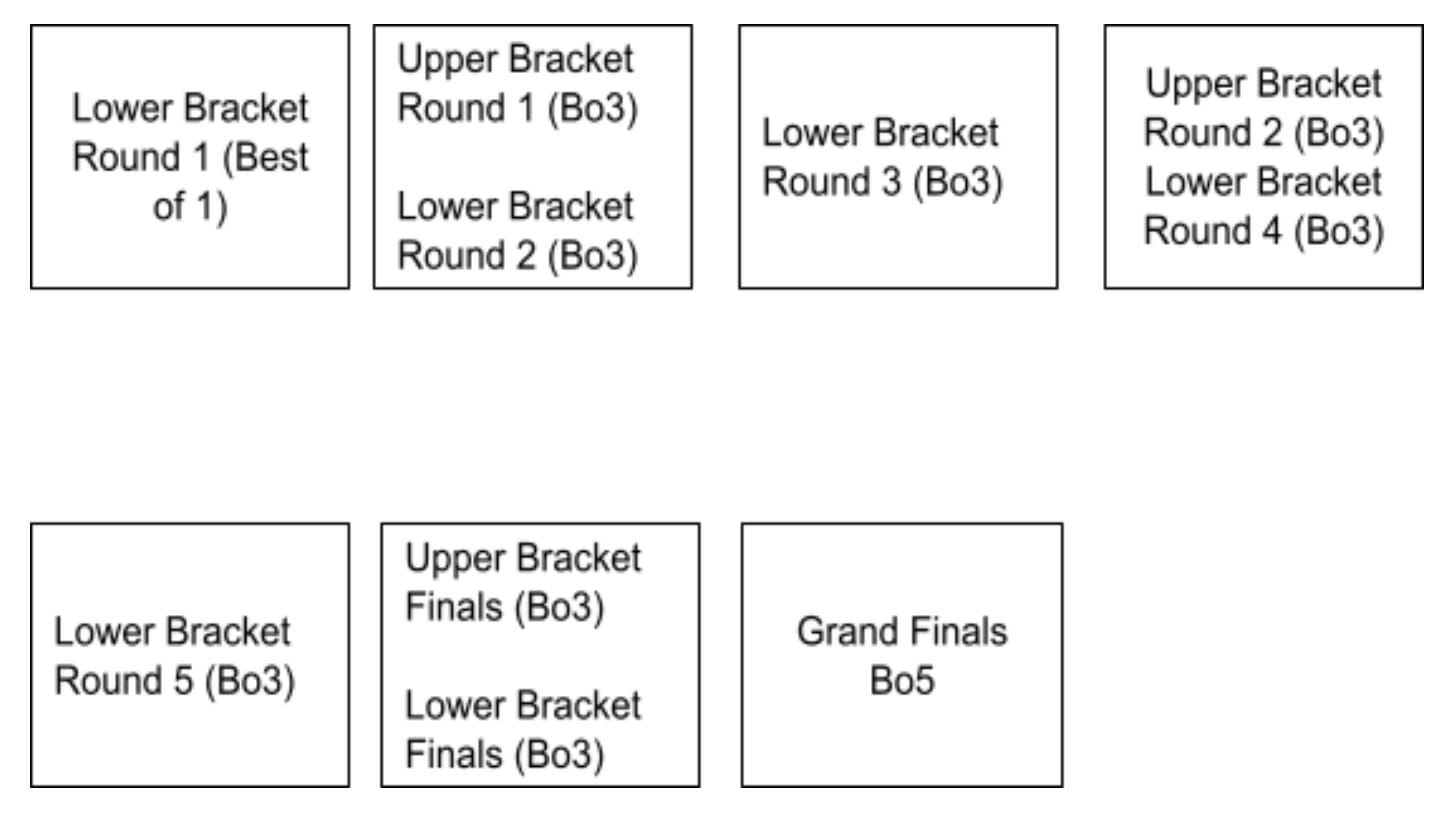 So far, these are the confirmed details about the upcoming International 10, which promises to be a fun event. Of course, the fans will be missed at the event, but they will be cheering from home as they watch their favorite teams slug it out for honors. The International is always a fun and dramatic tournament, and its tenth edition won’t be different. The 18 participating teams are raring to go and will thrill will their talent and passion. The countdown has truly begun, and in a few weeks, the world will know who will be crowned champion.

Bet live on %tournament% with GG.bet Make a Bet Esports...

Bet live on %tournament% with GG.bet Make a Bet The Int...