Blog » The Best Dota 2 Skins You Can Get

Purchasing and using skins has become increasingly popular in gaming, it provides a personal level of creativity to the player whilst also creating new reasons to grind the games to hopefully unlock a high-value skin or just a skin they personally like.

With this being said, the best Dota 2 skins out there is a frequently asked question across the player base, particularly with newer players. This updated skin review has been created to help you find some skins you might be interested in picking up.

It’s worth noting that the Dota 2 skins and cosmetic items are broken up into different tiers and ranks to kick things off, referring to the rarity. As you can imagine, the rarer the item, the more difficult it is to obtain or the more expensive it will be.

There are two different types of Dota 2 items available; power boosting items and the more popular cosmetic items. Skins far into the latter category. Please note, skins DO NOT affect the heroes’ abilities and power in the game; they are merely a visually enhancing experience.

Real quick before we dive into the best available skins on Dota 2, it’s worth briefly covering power boosting items in the game. Boosting items provided heroes with enhanced or commonly known as “boosted” abilities, functions, and features, which in turn allows them to perform better in the game. These boosts are generic and aren’t limited to specific Heroes or categories of Heroes in Dota 2. 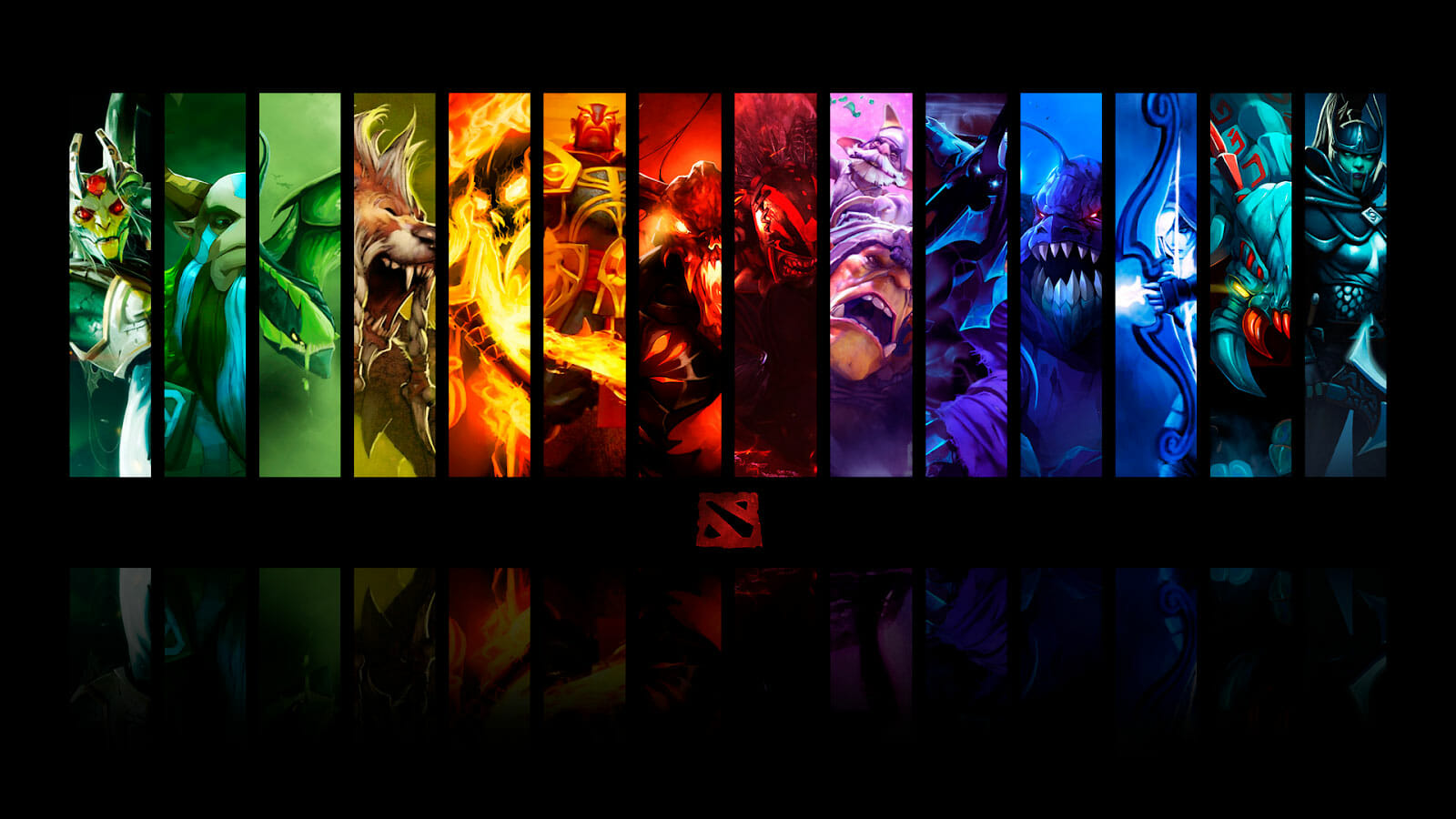 It may come as a surprise, but there is a considerable level of depth when it comes to Dota 2 skins. Unlike the likes of Call of Duty, it’s not just gun camos and soldier visual enhancements. Here’s a swift breakdown of the different elements of skins that are available to help you on your way. 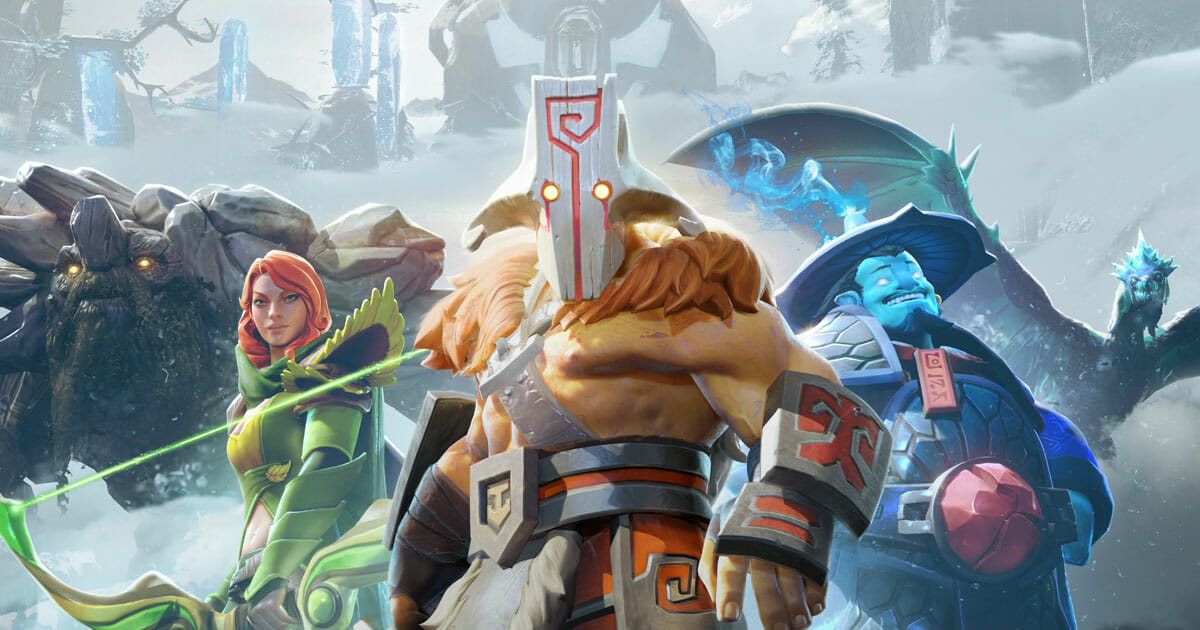 Similar to the Call of Duty skins mentioned above, equipment looks are purely there to help players change the way their Hero looks in-game. This is a popular trend across all MOBA games, including League of Legends and Smite. It’s worth mentioning again that these skins will not impact your Heroes ability or performance, but they can make them look a lot more unique and interesting.

These equipment skins break down into the following categories:

All Other Dota 2 Skin Types

As we are looking solely at the skin sets and which are the best, let’s not bore you with a full breakdown of each other version of skins available. Instead, here’s a quick breakdown to give you the required understanding. 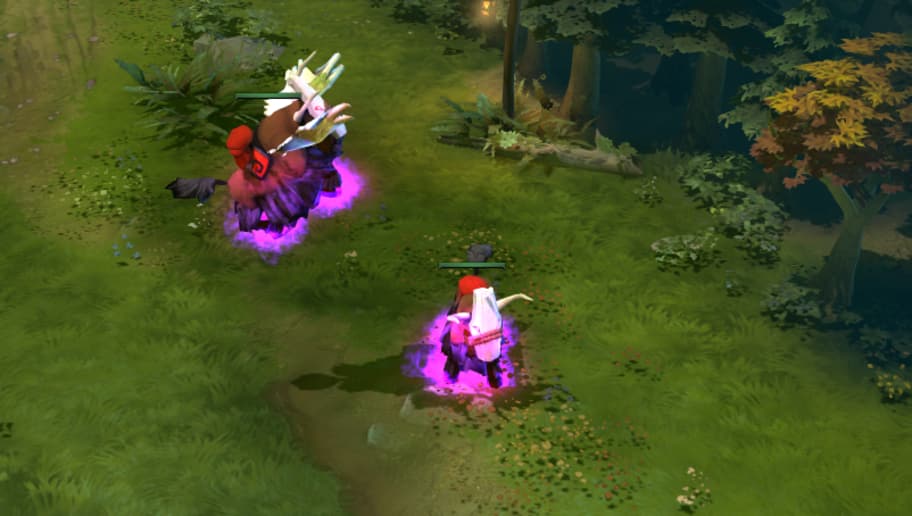 The Courier items will take the form of a flying donkey, and the main purpose it serves is to carry your items to and from your base on the game. Animal Couriers and Flying Couriers fall into the category of consumable items. Quick tip, you can adjust your courier in the loadout screen, and some have specific visual elements. 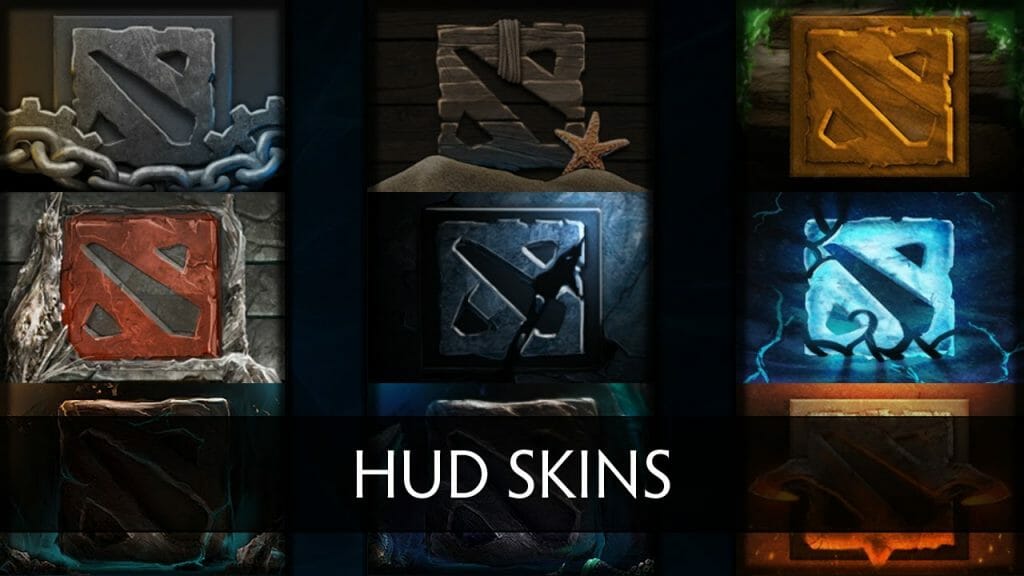 HUD stands for ‘Heads-Up Display’ in games, and it is one of the core components that makes up a video game. It has been an essential part of video games since the dawn of the industry, and it’s what the player will experience and see whilst they are in a game. Something cool about this is that it can be equipped by other players that are in the same match. 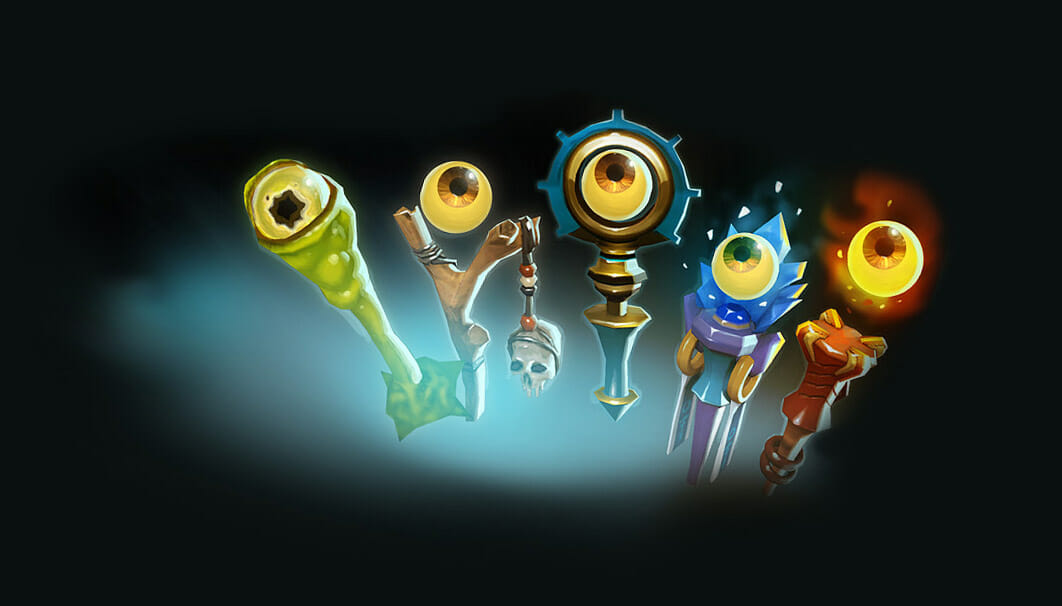 Quick explanation, a ward is an in-game item that provides a degree of vision to a wide area. Players have to go out of their way to place them down, and the enemy team can destroy them. Using wards to create vision can be key to finding success and a victory. Ward skins simply adjust the way your Observer Wards and Sentry Wards appear in the game. 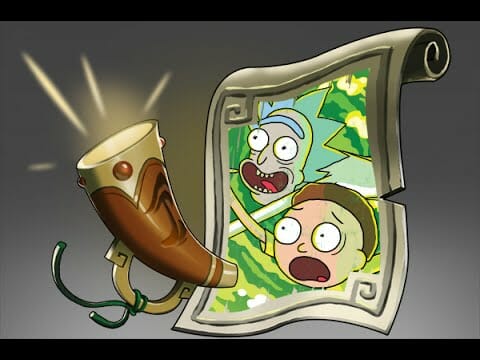 Finally, we have the Dota 2 announcer looks. Compared to the rest mentioned above, this one is slightly different. Rather than creating a visual impact, it changes the voice of the Announcer in the game, commonly featuring explosive commentaries, elements of humor, and themed announcer characters.

The best skins on the game will be mentioned below, and they fall into different rarity and quality categories. There are several different skin rarities:

When it comes to Quality Tiers, they have continually added more into the game as it’s progressed, so the extensive variance is available.

First Of The Flood 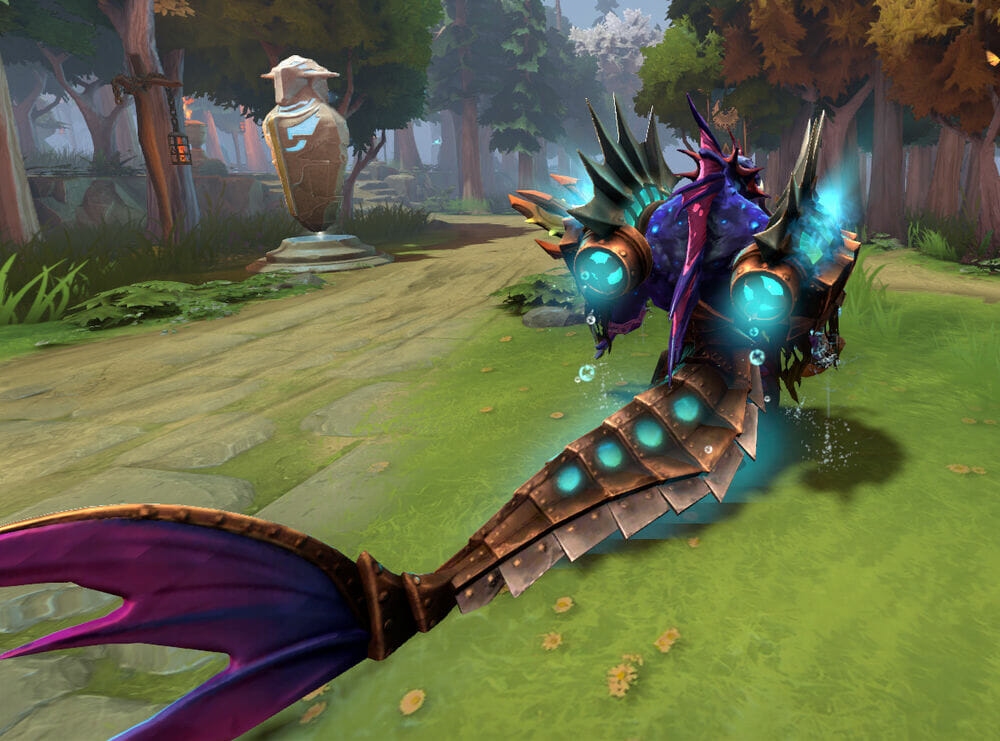 This skin falls into the Immortal rarity and was released back on August 5, 2019. It was part of the Immortal Treasure III 2019 origin and is applied to the Slardar hero. Slardar is a Slithereen Guard and is a melee strength hero that uses brute force, low cooldown spells, and high physical strength to defeat enemies. With a cool mix of purples and greens, this is definitely an eye-catcher. 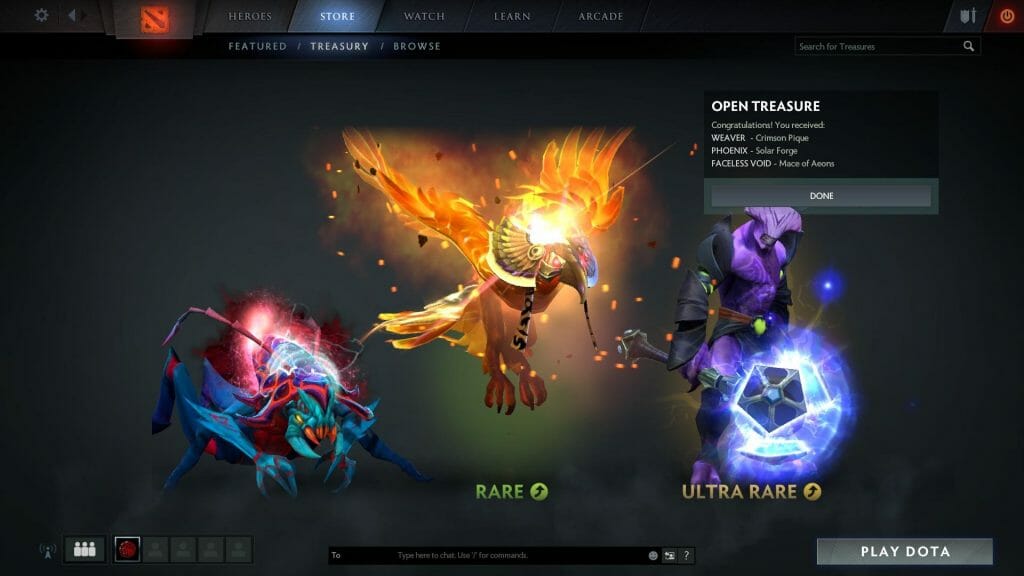 Another Immortal rarity skin here that was released during the Immortal Treasure I event on May 16, 2016. This skin is for the Phoenix hero, a flexible and unique ranged strength hero with an incredible range of powerful abilities. The Solar Force skin gives an amazing yellow and orange glow to the hero. 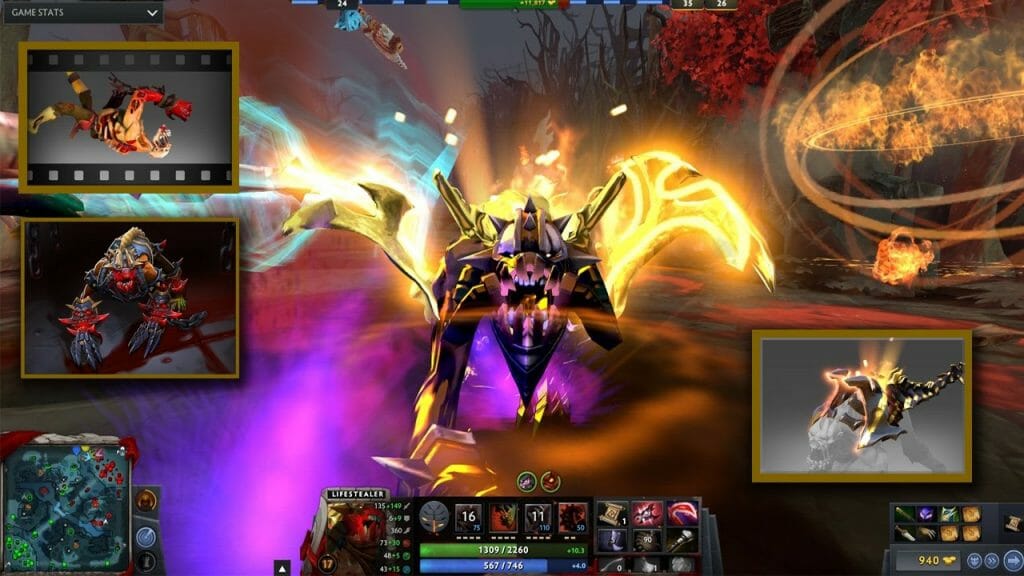 When it comes to creepy and somewhat scary looks, then look no further than this. Again, the Profane Union is an Immortal rarity skin from Immortal Treasure I released on 4th May 2017. The skin is for the hero, Lifestealer, and with a mix of deep reds and blood reds, it just has an unnerving feel about it. Lifestealer is already an unnatural mix of two separate minds, stuck in a single form.

Bracers Of The Cavern Luminar 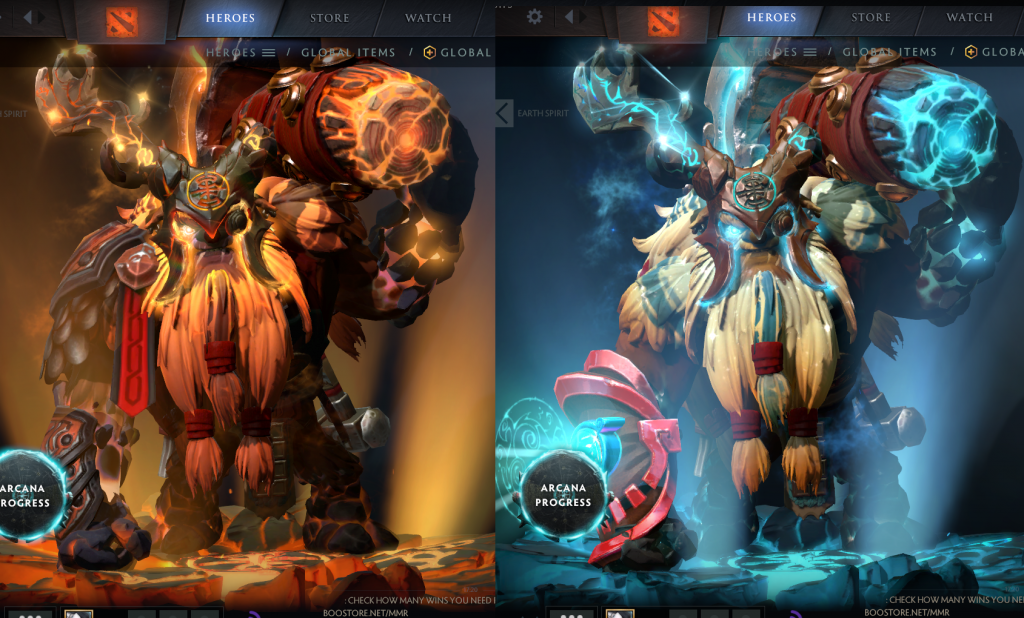 Now, this skin is Immortal and gives off World of Warcraft vibes. It was released on June 23, 2016, as part of the Immortal Treasure II event. It is applied to the Earthshaker hero. There’s a warm mix of browns and reds in this skin, with blue tones on his armor shields acting as the highlights. Earthshaker is known as Raigor Stonehoof and is another melee strength hero with several areas of effect (AoE) disables. 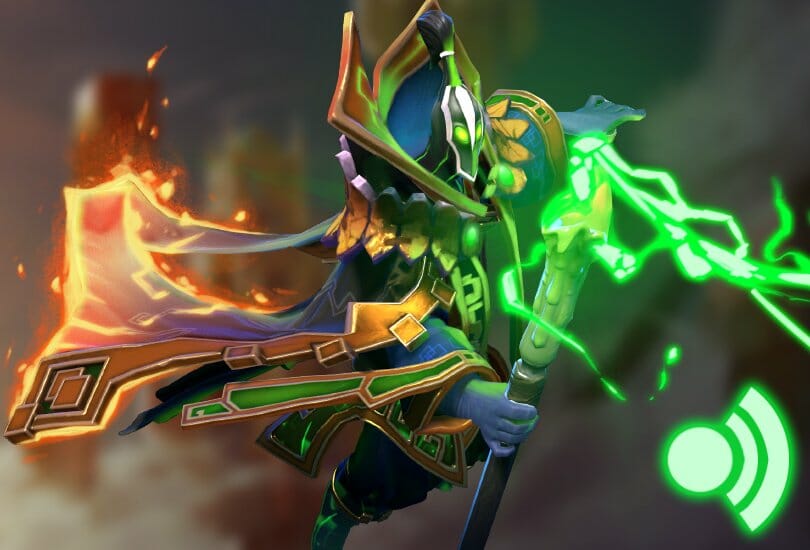 This is possibly one of the coolest Dota 2 skins out there. It’s different as it falls into the Arcana rarity and is released on 19th December 2018 as part of THe Magus Cypher Bundle. It’s the most expensive skin on this list and is for the hero, Rubick. Rubick is the Grand Magus, a ranged intelligence hero who is known for being able to copy the spells of enemies and use them as his own. The Magus Cypher skin gives him an amazing gold and green look that will be enjoyable to play with consistently.

We hope this updated Dota 2 skin review and guide helped identify a few different and interesting skins. There is a rather endless list of skins at this point in Dota 2, so there is plenty of variances for you to choose from. Additionally, if you’re new to Dota, hopefully, we were able to break down and explain how skins work in the game.