DOTA 2, which means “Defence of the Ancients”, is one of the world’s best Esports games. Besides its fun and intriguing gameplay, it also attracts hundreds of thousands of players worldwide. These players participate in multiple DOTA 2 Tournaments and events, where they stand a chance to win massive cash prizes and rewards.

To get to a level where you can participate in these tournaments, you have to become a pro in DOTA 2. However, this is easier said than done as the game is hard when it comes to its mechanics and the knowledge you need to scale through.

It is not all gloom for beginners, though, as DOTA 2 has in-game tutorials and videos for new players to ease their start. Newbies can also make their foray into the game easier by choosing the DOTA 2 easiest heroes to play with. In this article, you will learn about the top easy to play DOTA 2 heroes and ease your journey to becoming a master of the game.

DOTA 2 Heroes and Their Roles

DOTA 2 currently has 115 hero characters. Each one of these heroes possesses at least four abilities, with some of them having more. Every game pits two teams against each other. Each team has five players, and every player must control a hero character. That means every game in DOTA has ten heroes battling for victory.

During gameplay, these heroes undertake different positions and roles. Most of them are effective in some specific roles. These DOTA 2 game roles and their positions include:

Who Are the Best DOTA 2 Heroes for Beginners?

DOTA 2 heroes best suited for beginners are those with simple and easy to master skills. The following heroes are recommended for players new to the game.

Bristleback makes the list because he is one of the most difficult heroes to kill. Hence, it makes him an excellent pick for newbies as he enables them to remain in battles for a long time. Besides staying in the game for long, Bristleback’s skill sets also allow beginners to kill many enemies.

This hero is not difficult to control as he has just two active buttons that players need to press. He possesses a deadly Quill Spray with an immense instant Area of Effect (AoE) attack. This spray slowly stacks on the opposing heroes. It kills them quickly if it builds on the.

Bristleback can use Viscous Nasal Goo to slow enemies down, reducing their armor while a sticky snot covers them. His Bristleback allows him to take little damage from enemy attacks from behind, while his Warpath makes him get faster and stronger after casting a spell.

When it comes to weaknesses, Bristleback is weakest at the game’s early levels. Hence, you need to stay close to the tower until you possess defensive items. Heroes like Lion, Tinker, and Lina, easily defeat him using magic damage nukes. Also, opponents can use their Town Portal or escape abilities/items to hide from Bristleback.

Bristleback starts the game in the offlaner or carrier role. 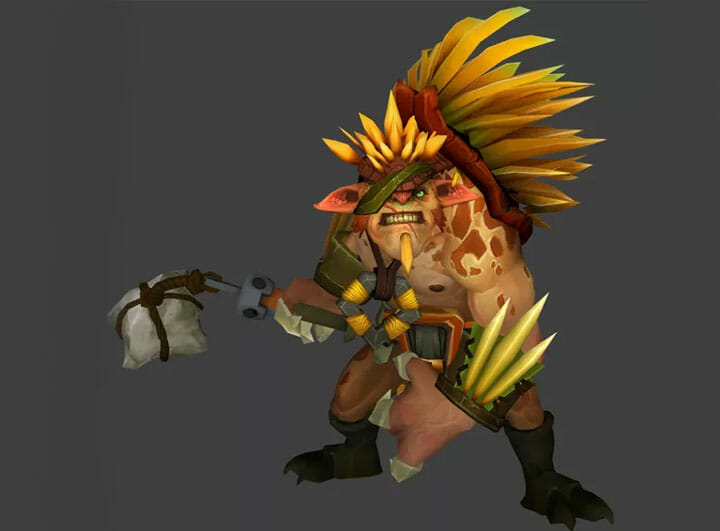 Crystal Maiden is one of the best DOTA 2 heroes for newbies. She may not be fast or strong but is a great team helper. Besides slowing down enemies with her Crystal Nova, this hero also can restore mana to teammates using Arcane Aura. She uses her Frostbite to cover an enemy in frost, causing them damage.

Crystal Maiden also has a powerful ultimate attack, Freezing Field, with which she creates frightening icy explosions, causing damages to enemies and slowing them down. Her game role is support. Regardless of one’s DOTA 2 experience level, she remains one of the safest hero picks. 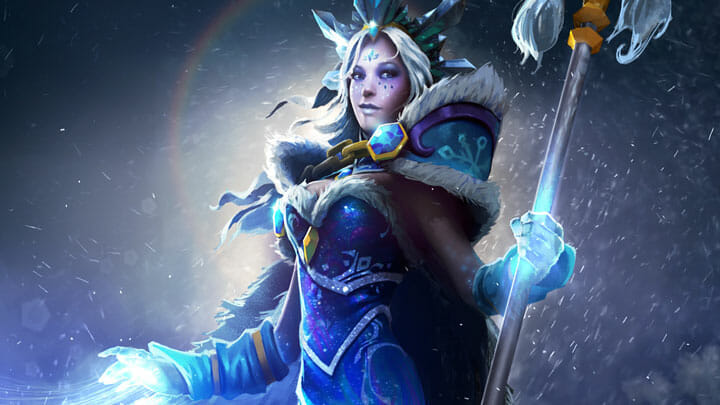 This Hero is easy to control as he has just three buttons that are simple to understand. Viper’s main spell is Poison Attack, which spams any enemy hero in range. He also has an AoE Nethertoxin, which you can cast at an enemy’s feet. He possesses the ultimate Viper Strike, which you gain at level 6. It is a long-range weapon released directly at an enemy that slowly damages them. Combining Viper’s skillsets and spells will melt an enemy. This hero can fight in any lane but is best suited to start in the mid-lane or top lane.

Viper’s weaknesses include his lack of an escape ability, which makes him vulnerable to attacks. He also possesses a slow starting movement speed. Harder-hitting game heroes like Anti-Mage or Spectre defeat him easily. He is also a weak match against Illusion and other heroes like Chaos Knight or Phantom Lancer and does not fare well when confronted with Manta Style.

You become introduced to this hero when you play DOTA 2’s in-game educational tutorial. He is suitable for the carrier role and can also be used as a tank. He possesses three active skills and one passive skill. His Breath of Fire, which has an impressive range, damages enemies and reduces their attack powers. His Dragon Tail is a melee range attack and stuns an enemy, leaving small damage.

Dragon Knight’s Dragon Blood, a passive skill, helps increase your ability to survive during gameplay. It improves your regeneration speed and gives you an armor boost. This is one of the attributes that make this hero valuable for beginners. Besides these, he can reach the Elder Dragon Form, which is his ultimate ability and enables him to smash enemies, gaining the upper hand. This ability restores every two minutes. Hence, you should not waste it.

His weaknesses include his low mana pool at the game’s early stages, making it hard for you to pressure your lane effectively. His defensive stun and run are his only escape abilities when faced with ganks. Dragon Knight also needs much time and gold to become useful in team battles. Besides these, he is easily out farmed and overpowered by other later game heroes. 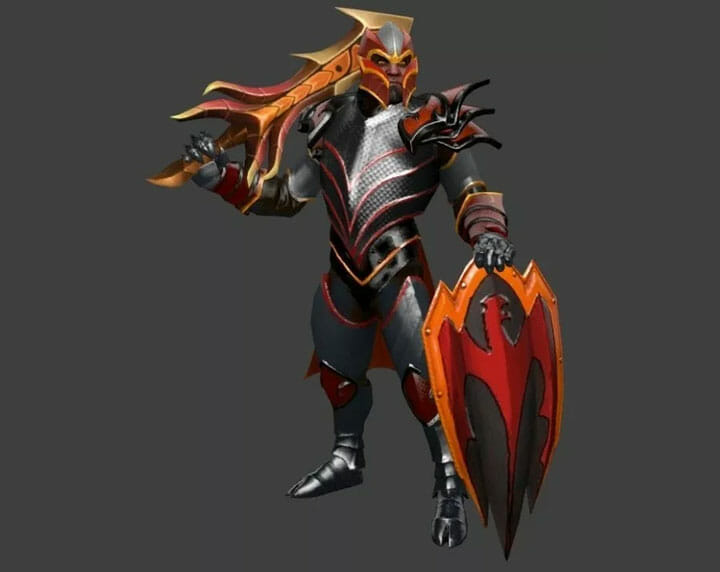 He is a hero best suited to the safe-lane support role. His abilities make him a valuable asset to the team. With his Purification ability, he can heal and damage teammates when they go in for a gank. Omni Knight also possesses the Heavenly Grace, a magic immunity buff, with which he saves himself and another hero in a flash. His ultimate Guardian Angel gives his team the upper hand when the battle is going against them. He also possesses the Degen Aura, which prevents enemy heroes from attacking him.

When it comes to weaknesses, Omni Knight can do very little directly to help the course when his team is losing the game. He is also an early target for enemies during team battles. He also has a not-so-great ability to pressure lanes. 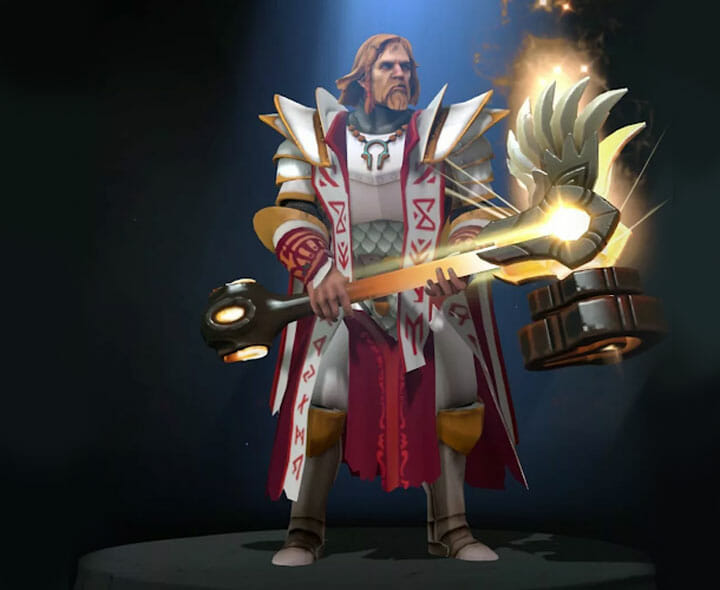 There you have the top DOTA 2 heroes for beginners. Besides the heroes recommended in this article, you should also read up on guides and other heroes you can start your gaming experience with. You should also realize that DOTA 2 is a difficult game and requires you to put in much effort to become an average player. So, take each gaming experience in its stride and perfect the skills you need to become a better player. Enjoy playing the game and have fun!