Blog » Dota 2 Pro Players To Keep An Eye On

With every esports title, there is always a select number of players who are the most popular and deemed the best to watch, either for entertainment or for picking up extra elements and tricks to use in-game. There are a good number of Dota 2 pro players worth paying attention to.

It’s important to keep in mind that the best players in the world will fluctuate depending on the meta at the time. With that being said, the most elite players will more than often find success, despite these meta updates.

Before we dive into our list of the best Dota 2 pro players, here’s a quick view of the players that have won the most prize money during their time competing in the game. 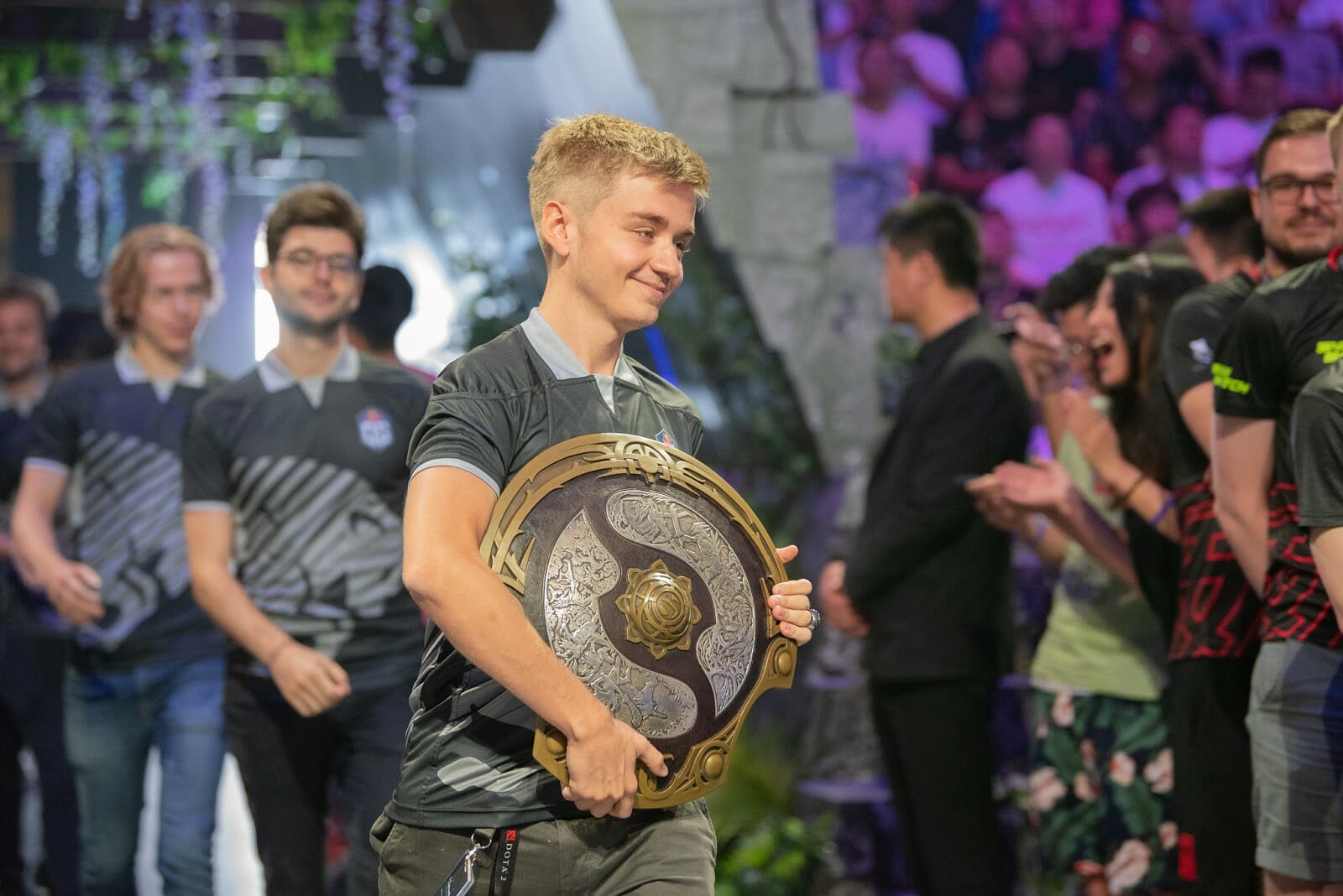 As you can see above, there is a serious amount of money up for grabs in Dota 2 esports, and this is largely thanks to the extraordinary prize pools that the annual ‘The International’ events offer. The International is the annual Championship where the best teams from across the globe compete. The most recent International event was delayed due to COVID-19 but will be the 10th iteration with a projected prize pool of over $40 million USD. Now, let’s dive into the players.

Whilst he’s 7th on the all-time earnings leaderboard for Dota 2 and esports as a whole, Miracle is one of the game’s finest talents. He plays the mid/carry role for his teams, a role he has shown time and time again that he is one of the best at in the world. N0tail, the #1 earner, initially gave Miracle his opportunity after Miracle managed to climb to the #1 MMR ranking in the ranked competitive mode.

Miracle joined the ‘(monkey) Business) roster that had formed after TI5 (The International 5), and the roster was swiftly acquired by OG, one of the biggest esports organizations in the world.

On this OG roster, Miracle truly showed his qualities as a player and what he could bring to the team. The team qualified for the first-ever Dota 2 major (the Frankfurt Major) and actually managed to win the tournament after an impressive run of upsters. Miracles incredible performances on his preferred hero, Shadow Fiend, meant teams starting “respect banning” the hero. This is essentially where the opponent admits that they cannot compete against you with that hero, so they want to remove it fully from the match.

After an early exit from TI6, which was incredibly disappointing for the OG team, Miracle made the jump to Team Liquid, another one of the esports powerhouse organisations.

Although there were shaky starts, Miracle and his Team Liquid squad managed to come out victorious at TI7 and pulled off an impressive 3-0 sweep in the grand final. Fun fact, Miracle was just the second player in Dota 2 history to win both The International event and two Valve Majors, cementing himself as one of the greatest to play the game.

The Danish player who tops the overall esports earning charts initially started in esports as a Heroes of Newerth player, where he played the solo mid role. When he made the switch to Dota 2, he took up the support role and quickly became known for his performances with the heroes Chen and Wisp. This was a vital period of N0tail’s career, as he drastically improved his micromanagement skills, and it could be argued that this is at the core of his and his team’s success today.

After starting his career at Fnatic, there were glimpses of success for N0tail under the banner, and ultimately they secured a top-eight finish at The International 2013 event. There were a turbulent couple of years, where he was part of a star-studded roster for a period of time, but there was a lack of profound success.

It was after The International 2015 that the (monkey) Business roster mentioned above was formed. With his teammates’ help, N0tail and the OG brand had dominant stints in Dota 2, and that’s part of what makes them such an iconic team in 2022.

After winning many majors, there was still one thing missing, and that was a TI victory. The wait was definitely worth it, as N0tail became the first-ever player to win two TI events after OG won TI8 and TI9 consecutively. This was achieved with his teammates; Ceb, ana, Topson, and JerAx. These aforementioned players are all deemed legends of Dota 2 and this point, and they will be aiming to make it a 3 peat when The International 2020 finally comes around. 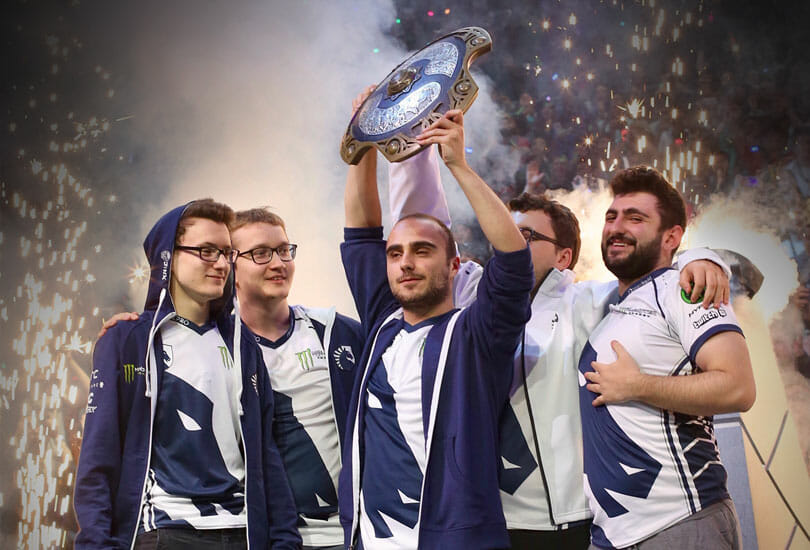 Taking a lot at another mid lane player, the Evil Geniuses player showcased a truly impressive performance at MDL Disneyland Paris Major; it was here he had some amazing individual matches truly showcasing what he is all about.

It wasn’t always smooth sailing for SumaiL though, he had a rough start with Evil Geniuses back in 2015 when the team had a dire performance that came down largely to him. However, during the Dota 2 Asia Championships, he was able to reinstate himself as a quality and reliable player.

He has since set some impressive records and is one of the most popular and respected players in the Dota 2 scene.

It’s incredible to think that Sumail is still just only 21 years old, which makes him possibly one of the best options when it comes to a Dota 2 pro player that you should watch and follow. He should continue to have a prosperous future, with plenty of you to learn from.

Going back to another former Team Liquid player, who in the past year transitioned onto the Team Nigma roster alongside Miracle-, w33, MinD_ContRoL, and KuroKy, GH has had a pretty impressive Dota 2 career. The new Team Nigma roster has true potential to create their own dynasty, so we will have to wait and see how it all plays out.

GH is a support player who has an incredible MMR above 9,000, at one point reaching 10,000 MMR in August 2020. GH showcases why it’s ideal to be able to play at a high level with a vast range of heroes. He is known for flexing across his signature heroes, IO and Keeper of the Light. However, he can adapt and play on the likes of unconventional combinations like using Zeus as a support hero.

It’s the sort of quality and flexibility that has led to many putting GH in their top three for the best Dota 2 players of all time. As a bit of trivia for you to end things off, GH was the first Lebanese player to attend The International when Team Liquid received an invite to the 2017 tournament.