Every single game out there has elements that you can learn and implement to become better at the game or just increase your understanding and knowledge. It’s no different with Dota, where there are quite a considerable amount of Dota 2 tips and tricks that can be taken on board. These vary across different areas of the game and can be applied in unique ways. We hope these tips and tricks guide will help you with your Dota 2 grind.

Tips And Tricks To Get Better

When it comes to strictly improving your own gameplay and helping your teams pick up some additional wins, you need to take on a few key things onboard. Depending on your Dota 2 experience or experience elsewhere with competitive titles, you may already be aware of some, but a reminder never hurts. 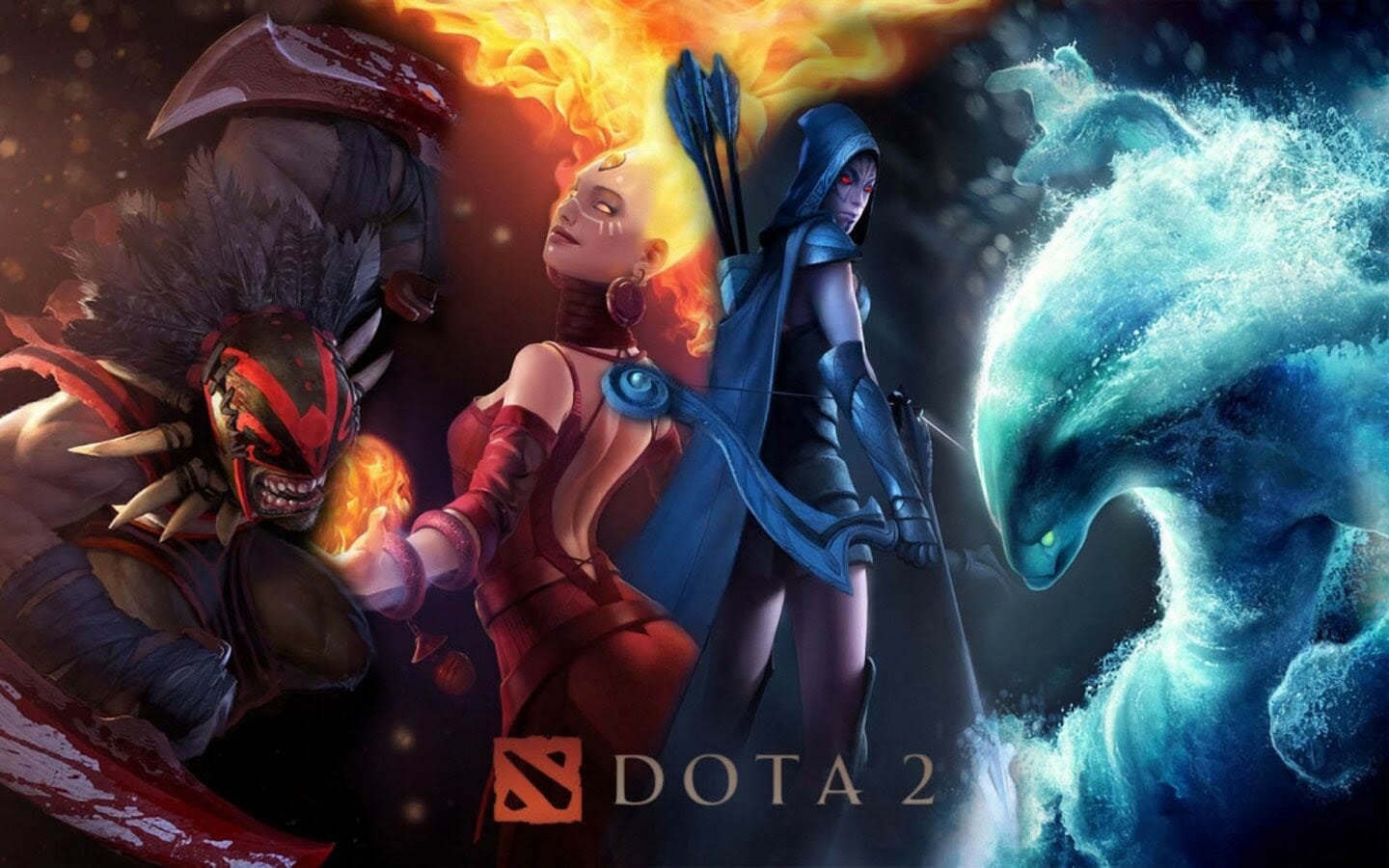 Unless you’re playing a solo competitive game, communication is completely vital for you to find success. With five players on a Dota team, there is a lot to be processed and sent around each player.

Teamwork is crucial, and we’ll touch on that next, but communication is one of the core elements of teamwork. You’ll never be able to accurately guess what a teammate is thinking or wanting to do, so having that regular communication to bounce off one another is great.

There is always a plus side as communicating will typically help guide your team to more victories, which in turn increases your ranking, so it’s a win-win.

Teamwork – Do Not Be Selfish

Communication combines well here, and it’s often a regular occurrence where players jump into ranked matches and try to solo win the entire game. They’ll be diving into solo fights, not orchestrating team fights correctly, and just become a nuisance on the map. You don’t want to be that person, bringing the team down and creating a negative environment for everyone involved.

If you’re not used to that and prefer the gun and run style approach to try and be the hero, we highly recommend you take this on board. Being the hero can be fun, but working together to pull off an impressive win will feel much better.

VOD reviews depend purely on how serious you are taking your Dota 2 experience. We know for some, they hop on and play for a bit of fun in a competitive environment. However, people out there are either just keen to improve in general or are actively trying to improve and breakthrough in the Dota 2 esports space.

Whilst it’s tailored more to the hardcore players, we think it’s worth everyone trying once in a while. Setting out time for VOD (Video on demand) reviews, where you can analyze replays and key parts of games, can help you identify where you and/or your team are going right and wrong.

Mastering More Than One Hero

At the beginning of your Dota 2 journey, it’s perfectly fine to be a one-trick pony, but it will eventually hit a point where this prevents you from improving and will become a burden for your team. Being a one-trick pony in Dota refers to only being able to use just one hero.

It’s ideal for you to determine a primary role and secondary role that you are comfortable playing and work on mastering anywhere between three to five heroes for each. We understand it can take time to learn a hero, let alone master them, but it’s a worthwhile grind that you will appreciate at the end.

When you first play Dota, the emphasis on vision won’t be very high. However, as you continue to improve and work through the ranks, you will notice players paying more attention to vision, and they will be considerably more valuable. This ties into map awareness and understanding.

Vision is obtained by placing wards around the map, and you will also try to destroy the enemies wards to remove their vision. Allows you to roam around the map much more efficiently, so executing along with your team can be invaluable.

Map awareness will help create advantageous team fighting scenarios and help when it comes to securing desired objectives. If you combine with everything else we have mentioned thus far, it will help to drastically improve the overall quality of your game, and you should find yourself at least gradually moving up the ranking system.

Whilst everything mentioned so far are the core tips and tricks that you need to do when it comes to Dota 2, there are some additional aspects that we recommend taking into account.

It may come off as self-explanatory, but sometimes people don’t know that different heroes have different skill levels and difficulties. This is often down to their mechanical needs and the way to use their abilities effectively.

With over 100 heroes to choose from, it could be tricky, and there are always new and updated meta guides getting pushed across the internet to help with this.

There are some heroes that require an absolutely insane amount of skill to use well, including but not limited to Invoker and Visage. We recommend avoiding these heroes until you are well developed as a player.

We, along with many, wish this was different in esports and competitive games as a way, but unfortunately, it’s not, so you need to prepare to receive some negative and toxic comments during your time playing Dota.

Developing a thick skin is a must, as you will most likely receive these messages regardless if you’re playing poorly and costing the team or if you’re playing well and carrying the team. If you experience these kinds of players, don’t hesitate to mute them in order to preserve the quality of your gaming experience. 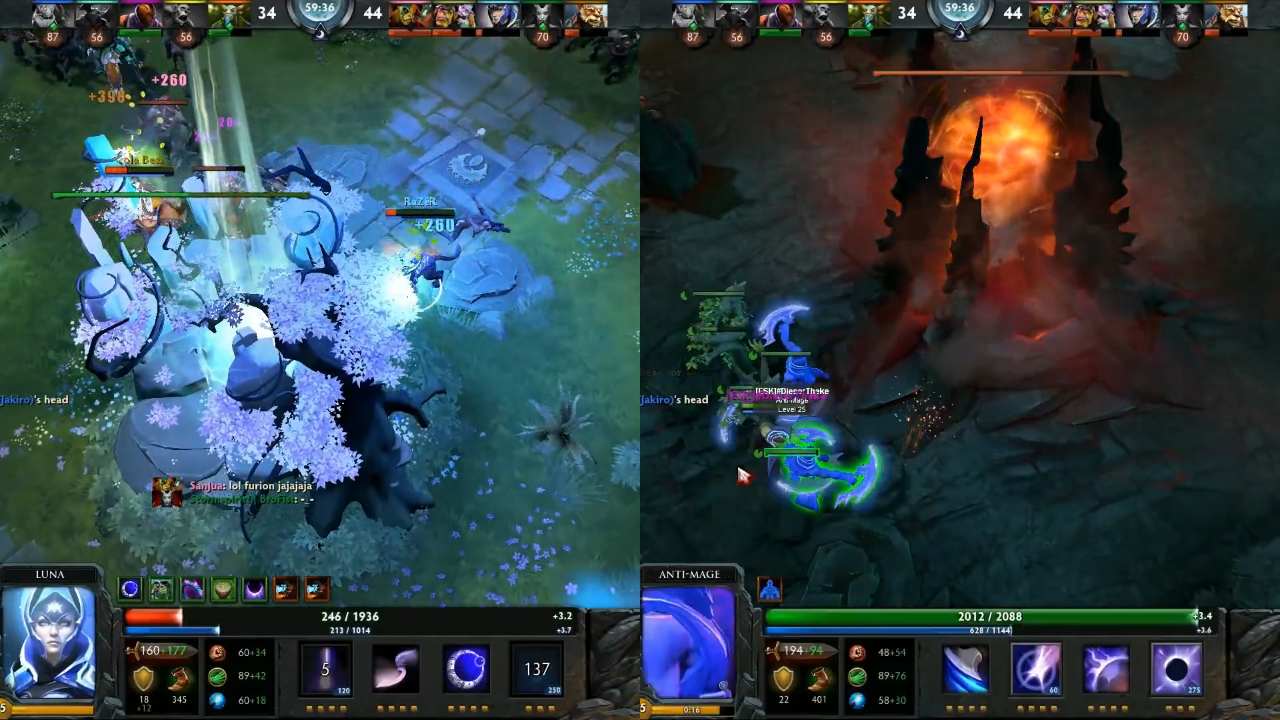 Use The Fog To Your Advantage

We’ve already mentioned the use of vision and map awareness, and using the fog also ties into this. It’s pretty much fog of war over the map, but it can be used to your advantage. You will notice that the fog hangs over your enemies side of the map, the majority of the middle of the map, and even elements of your side of the map.

Whilst you sit in the fog, you will become invisible to the enemy team. However, keep in mind that the enemy players can also do the same against you, so you need to always be aware. Learning how the fog works can become a big advantage if you do so correctly.

This one might sound silly, but it’s because of the obvious nature, it can be overlooked during the early stages of playing Dota 2. There is a giant glowing building in the middle of your team’s base, and you need to defend it.

If your base gets destroyed, you will lose the game. Regardless of what you’re doing on the map, if you’re trying to take an objective or place an extra ward for vision, but once your base is under attack, you need to get back at all costs to defend it.

Here is a piece of advice for every esports and competitive game you play, especially in the ranked systems. It’s most likely you will have a 50/50 break on wins and losses, there is a skill that comes with accepting and keeping your mentality in a good state.

There is nothing worse than having teammates that are playing upset or titled because they’ve come off the back of a loss. It’s all about keeping a level head and understanding that you will experience losses regularly.

Hopefully, these tips and tricks will help you on your way with Dota 2, improving your personal quality whilst also obtaining traits that can help your team pick up more wins. We’re sure some of these Dota 2 tips and tricks you were already familiar with, but there should have been something extra for you to add to your game. Best of luck with all your future Dota 2 games.