Blog » The Most Expensive DOTA 2 Items in the Market

Since Valve Corporation launched DOTA 2 in 2013, the game has grown in popularity. It is now one of the top-rated games in the Esports gaming world, attracting hundreds of thousands of global players. Besides its intriguing gameplay, players compete in numerous DOTA 2 Tournaments, which gives them the chance to win great monetary prizes.

DOTA 2, like other Valve multiplayer titles, has unique in-game features. Some of these features are DOTA 2 items or skins. With these cosmetic items, players can customize their favorite hero characters. Hence, many players are willing to pay a lot to acquire these skins. Some of these cosmetic items are rare and valuable, with many players seeking to add them to their collections.

Hence, these players are willing to pay a lot of money to acquire these skins. In this article, you will discover some of the most expensive DOTA 2 items and how you can acquire them. However, before you proceed, you must note that these virtual items do not influence the game’s battles. They only affect the game’s images and will not impact your team or an opposing team’s ability to win the game.

How Can I Get DOTA 2 Skins?

You can get DOTA 2 skins for free by playing the game. You get these skins after multiplayer battles. However, there is no guarantee that the skin you get will be valuable. Hence, you find yourself playing the game repeatedly to get more new skins and, if lucky, one that is valuable.

Some players love these skins so much and prefer to buy the rare and valuable skins rather than trying their luck during gameplay. These skins are available for purchase on the Steam Community Market. You can also acquire skins in DOTA 2 gambling sites. Their costs vary depending on their value and rarity. Items of less value usually cost less, while the valuable and rare are expensive. Some of them even cost thousands of dollars.

Take a look at some of the most expensive DOTA 2 skins in no particular order.

This cowboy-themed item became available in 2012. However, Valve removed the skin after DOTA 2 fans complained about the set’s overall aesthetic, saying it did not fit in with the game. At the time, the fans’ complaints were valid. However, they took off the item with time, making fans who acquired it when it was released lucky. The item’s value increased astronomically as it became rare and available to just a few players.

Individual Alpine Stalker pieces cost between $50 to $550. However, the untouched bundle has sold only a few times on Steam and once sold for over $1,200. No one knows how many of these Alpine Stalker sets exist, but its rarity makes it untenable that the price will remain on the high side. 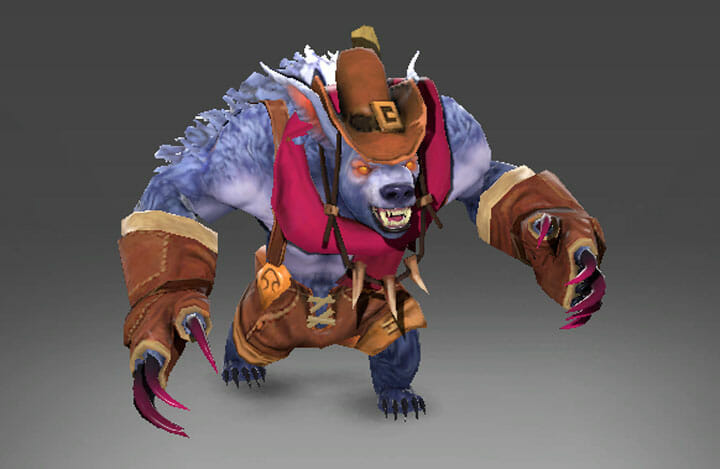 This is a scarce item and has fetched a diverse range of prices despite being a staple of DOTA 2’s in-game events for many years. It has continued to sell for between $1,700 to $2100. 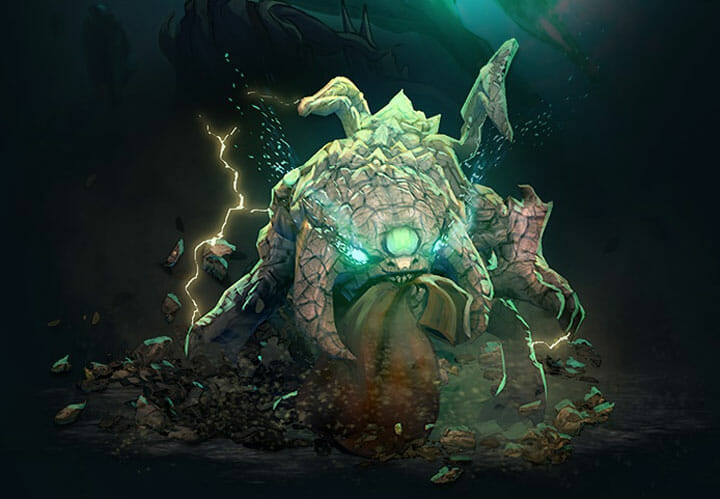 This item was released in 2013 and is widely underwhelming compared to many modern Axe skins. It confers an ambient effect on the edges of Axe’s ax, leaving it smoldering and with a unique Counter Helix animation that uses the ambient effect.

While this effect was commendable when the item was released, newer items with more impressive weapons for Axe have taken over the marketplace. However, the Axe of Phractos maintains a high price tag because of its scarcity and rarity, regularly selling for $1,000 and peaking over $1,700 in past years. 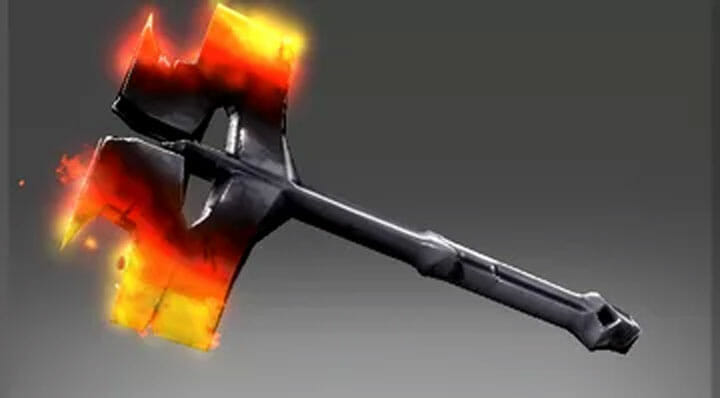 This is a skin that many DOTA 2 fans know well. It is highly sought after by players and has remained in high demand for many years. One contributing factor to the skin’s high demand is Pudge’s popularity among DOTA 2 players. Hence, this made the Dragonclaw hook more expensive than it usually should.

The Dragonclaw makes Pudge appear bigger, giving him a brighter and more jagged appearance. It also makes the chains running down his arm become spinal columns. This effect makes the item more detailed than most others. It was released in 2012 and hovered between $150 and $200 for a long time before high demand for it caused prices to soar to just over a thousand dollars. Nowadays, the Dragonclaw costs between $800 to $900. 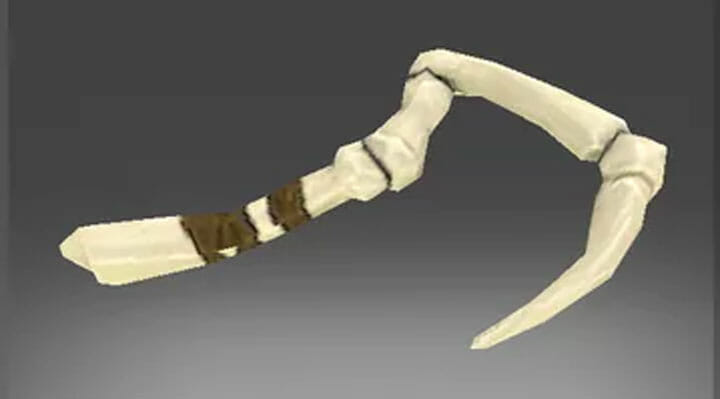 These items became available as part of the Extremely Rare drop for the Immortal Treasure II in The International 2015’s Battle Pass. It is an eye-catching weapon designed to look like DOTA 2’s in-game Skull Basher. The Golden Basher blades feature unique animations like Mana Break, Mana Void, and bashes for when a player purchases the Skull Basher.

However, the Golden Basher Blades has some limitations. It comes as a bundle, and this bundle has to be kept intact for the item to be valuable. The bundle contains two Basher of Mage Skulls weapons. These weapons are for the off-hand and main-hand and are worth less than $10 each.

The bundle was released in many quantities. Hence the item’s price varies depending on the version you buy. Its corrupted version goes for around $200 to $700, while its Inscribed quality sells for about $40. However, if you buy the default quality version, it will go for between $750-$800. 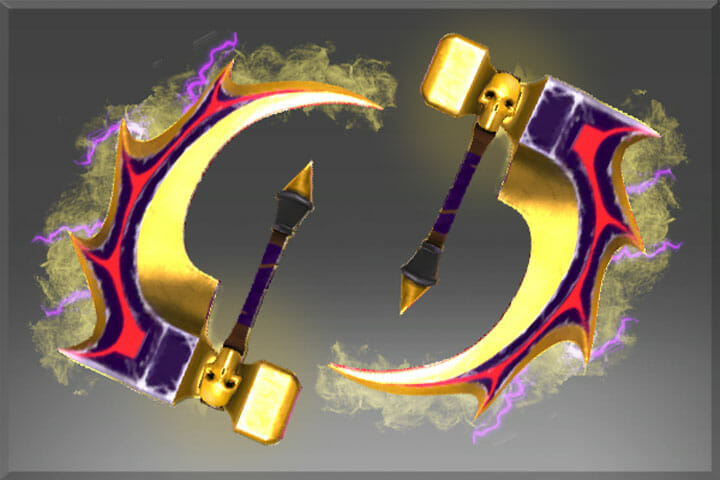 This is a highly-coveted skin due to its rarity and the fact that it is a legacy courier. Couriers are used in DOTA 2 to transport items from your base to your team. Besides its rarity, several other things make the Ethereal Flame Pink War Dog highly sought after.

The ethereal flame is a visual effect and is pink, a rare color in the world of DOTA 2. Pink is not part of the ten set colors Valve created following its discovery of a bug association with black couriers. The War Dog is the courier type DOTA 2 players love the most, and they go to great lengths to get it. With ethereal flame’s pink color also a rarity and highly sought after, the combination makes for an item that is one of a kind.

Only four pink ethereal flame war dogs are known to exist. To show how valuable this item is, it was sold for $38,000 in 2013. Then, a DOTA 2 player, “PAADA,” bought it for that price during an auction. This just shows that though skins may be cosmetic items, players value them a great deal and can spend so much on them.

DOTA 2 items are beautiful and make the game’s hero characters possess exciting animations. They are different from each other, just how the game’s heroes differ from one another. Players go for skins that suit their style and personality and use them to express themselves during gameplay. So, if you find a skin that appeals to you, don’t hesitate to add it to your collections. However, you should note that it may just be expensive.

DOTA 2 Odds: All You Need To Know