Dota 2 is one of the most complex MOBA games to play as it requires team play, team coordination, timing, and presence of mind to play competitively and win matches. The game’s design is for a five versus five, meaning it takes five people to win a single game. Thus, the Dota 2 roles are significant as it gives one player his role and stands it until the last minutes of the game.

Also, roles and positions in Dota 2, especially those who are in higher ranks, are significant as these players love to improve every game and be able to be scouted by large organizations or Esports teams. With that, players from different parts of the globe are being scouted for tryouts, and even being a competitive streamer has sponsorships from various networks like Twitch or Red bull.

However, for those who are new to the game, Dota 2 roles and positions are hard to explain and practice because of the number of heroes to try and explore. But rest assured, this guide will help seasoned or new players to adapt to the Dota 2 roles. 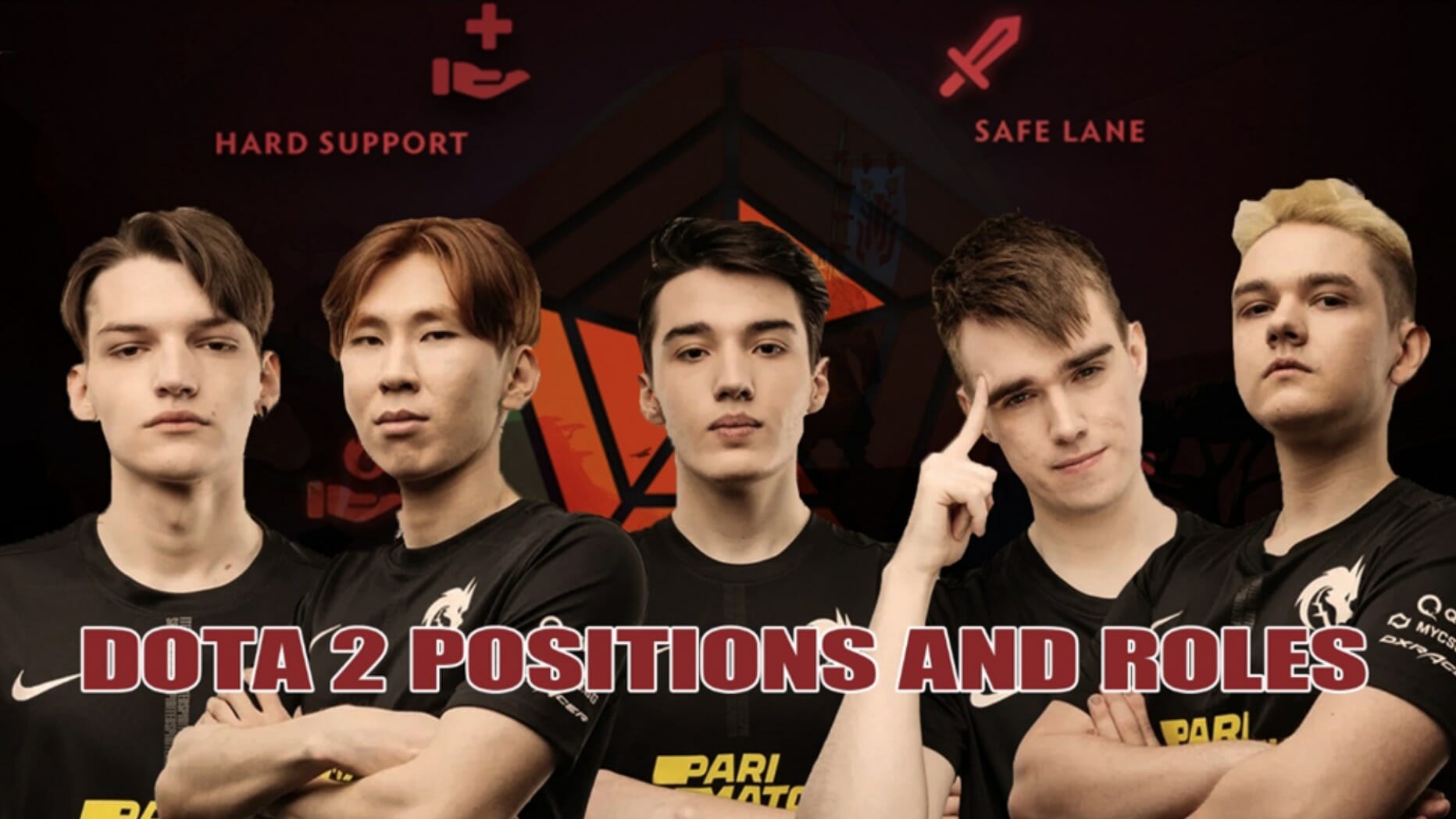 About Dota 2 Roles and Positions

Dota 2 is like anyone’s favorite war movies like Black Hawk Down, Saving Private Ryan, or even Enemy at the Gates, where one person can’t do it alone to win against their enemies. Parallel to the game, every role and position is dependent on one another because each has a different set of heroes, item build, and skills that need to prioritize. So, below are the list of Dota 2 positions and their main role:

More About the 5 Dota 2 Positions

The carry-player, also known as a safe-laner, is in position one. The team’s carry is the hero/role who will win the game in the end. The primary goal of the Position 1 carry player is to accumulate a large amount of gold and experience. As a result, the player will obtain items faster than the opponent through outscaling them. Also, being or the one playing as a carry should be flexible and able to farm in the neutrals or the enemy’s camp if the lane is difficult to farm because of the opposing team’s lineup.

Notable Safelane Heroes for 2022 are: 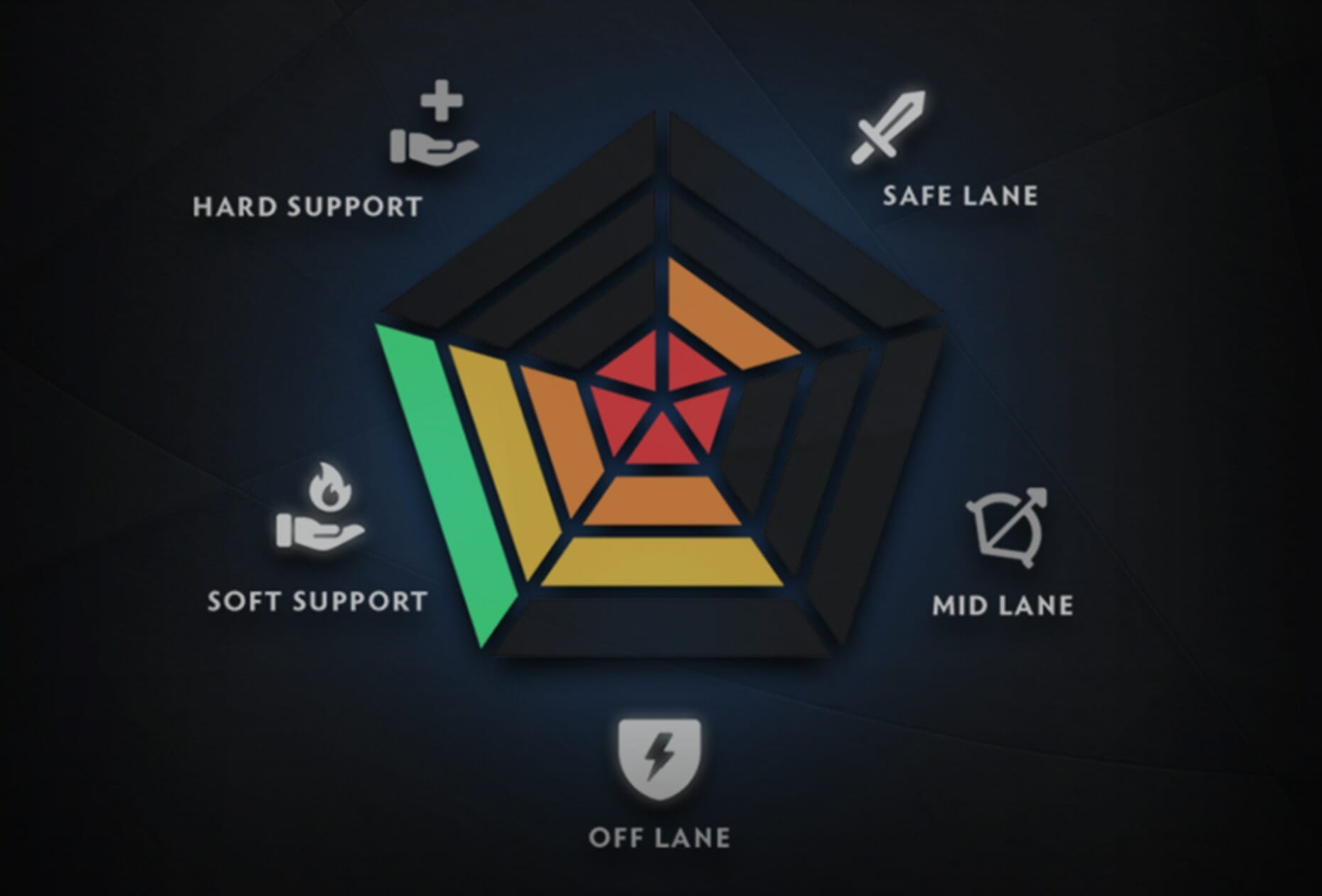 The mid-laner is the one who solos lanes and gets to level 6 the quickest. The mid-lane player should assist whichever of the other two lanes appears to be in jeopardy. Aside from that, mid-laners can usually amp up their farms and grab early kills on the side lanes because of the availability of runes that would refill their bottles for extra sustain and the ability to kill enemy heroes. And more importantly, the one playing as the mid-laner should be able to respond quickly once his carry is needed because he’s the one creating momentum for the team.

Notable Midlane Heroes for 2022 are:

One of the most crucial aspects of the game is the off-lane. The goal is to annoy the opponent as much as possible and deny him as much farm as possible. Taking towers early and expanding the map for his team is also a key aspect of the off-lane role. Also, he must limit all the resources of the enemy’s carry by taking the stacked neutral creeps on their campsites because once he limits the farm of the carry of the opposing side, the enemy’s carry will be having a hard time catching up.

Notable Offlane Heroes for 2022 are:

The roaming support’s job is to give map vision, rotate to other lanes, and attempt kills. Roaming support is the player who usually shows up to fight the mid-laner for the 4-minute or 6-minute power rune. Also, he is responsible for taking a toe-to-toe battle with the enemy’s position 4 in the offlane as the one who will succeed in limiting their carry’s farm will likely win in the game.

Notable Semi-Support Heroes for 2022 are:

The Hard Support’s job is to protect the carry heroes from off-laners and roaming support. If the enemy team is overextending, the hard support must rapidly initiate and repel them, or the team’s safe lane hero’s life could be jeopardized. And more importantly, it’s the hard support’s mindset to always bring vision and blue wards, extra health potions, and teleportation scrolls once a core is being ganked.

Notable Hard-Support Heroes for 2022 are: 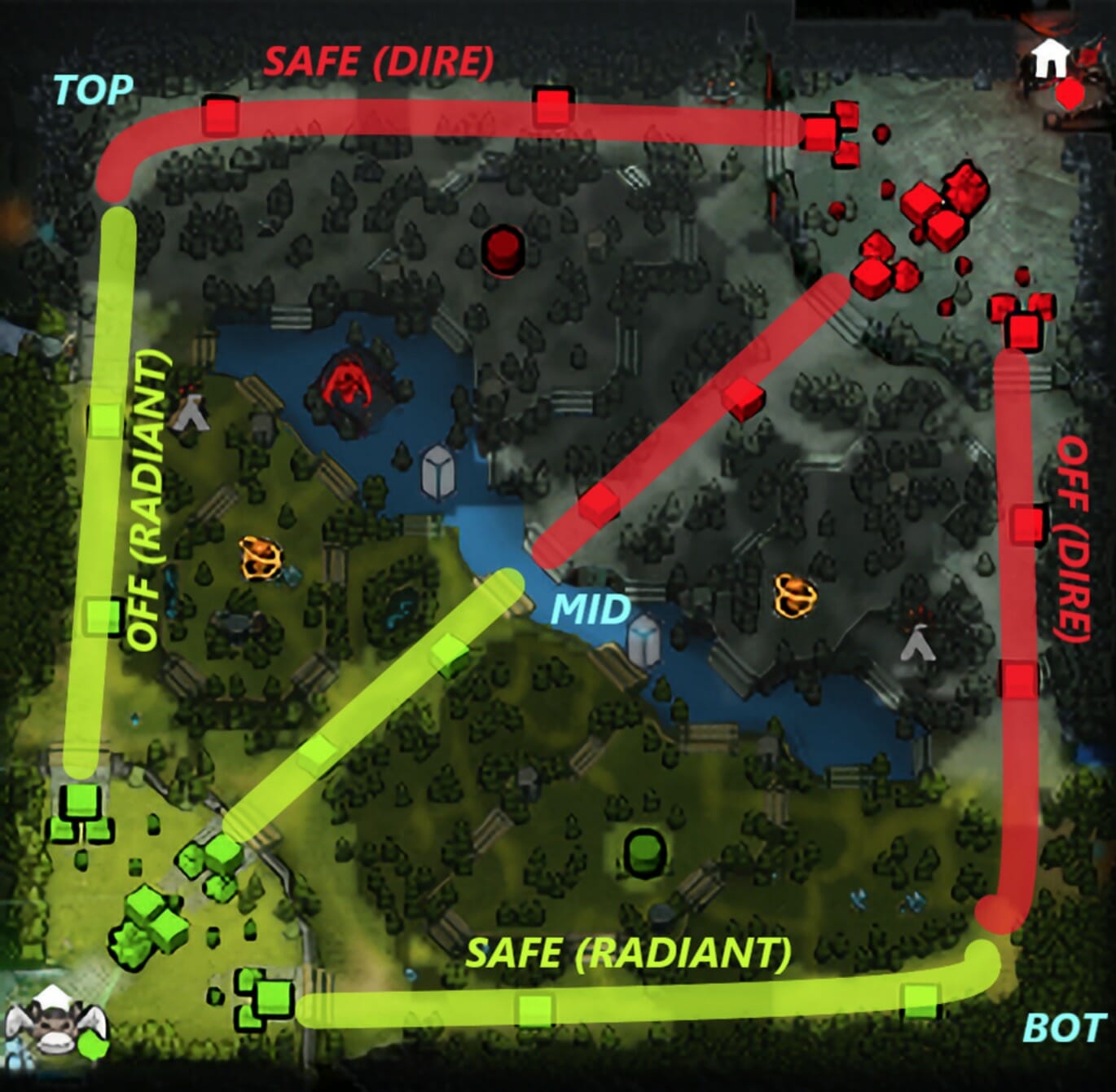 Dota 2 lanes are divided into two thrones or sides, Radiant and Dire. And players can’t choose which side they should play when they play ranked matches or regular matches, except if they are playing bot or lobby games. And each throne or side has three different lanes, specifically: the midlane, safelane, and offlane.

In Dota 2, the midlane is the most advantageous lane, but the midlaner also bears the most responsibility: if the middle lane is messed up, the odds of winning are slim. A midlane hero’s job is to keep the game stable until the carry becomes fat and achieve the right items for the late game. It is also his responsibility to participate in every clash while the carry takes his time to farm and gain momentum.

The safelane usually has one carry and one support. The support looks after the carry till he gains experience and items; the carry takes a long time to gain strength and be able to fight. Also, the safelane is the most pressured lane out of the three in most competitive games, the enemy will always bully the carry of the opposing side to limit him in farming items and momentum.

The offlane is a solo, duo, or triple hero lane used to make the opposing safelane’s life difficult. The main purpose is to limit the creep kills of the opponent. Also, it’s his job to have mobility or sustain items for the team to roam around and participate in ganking the enemy.